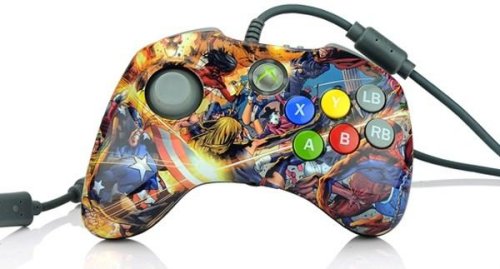 PDP, a company known for all kinds of gaming gear, has unveiled the Marvel Versus Fighting Pad. It’s a wired joypad with micro-switches for the thumb stick and six front-facing buttons. Hopefully it will improve your game.

It will be available on February 14 for $40. They only have an Xbox 360 model planned right now, but if it sells well, they will be offering a PS3 version. That artwork you see is an actual panel from a Marvel comic.