Posted in Handheld Entertainmnet by Conner Flynn on April 27th, 2008 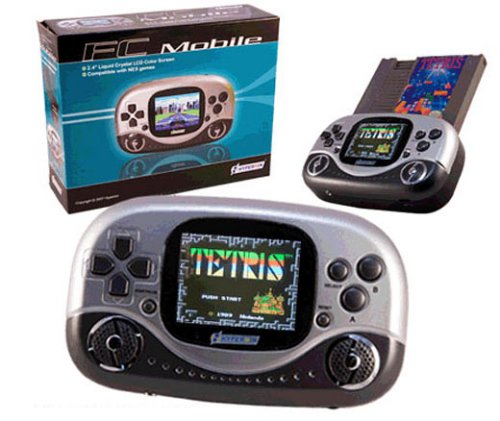 We’ve seen our share of Nintendo NES clone systems, but as far as we know, this is the first mass-produced portable that can actually play those huge cartridges from the classic 8-bit gaming system. The FC Mobile portable plays original NES game carts. Take it and your huge cartridges everywhere and play.

You can play on the built-in 2.4-inch LCD screen, or on your television with the included AV cable. It takes three AA batteries, and plays audio through internal stereo speakers or using the headphone jack. Despite the obvious Famicom reference, seems like the console plays North American NES games, not Japanese Famicom games. Get one in black/silver or red/white. Sure, it looks silly playing NES games on a small portable, but what the hell.