Posted in Nintendo by Conner Flynn on January 17th, 2009 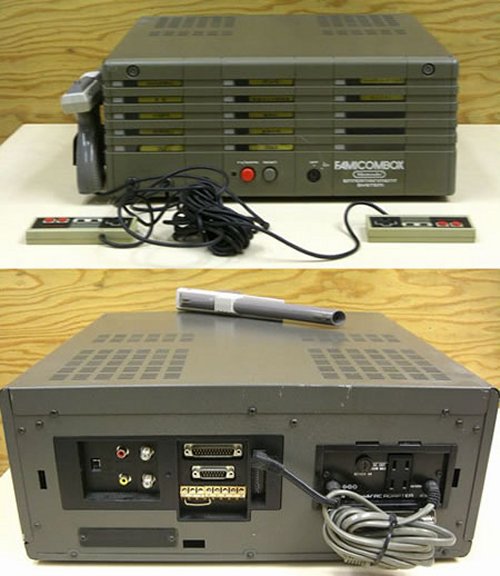 The Famicom Box is a rare piece of Nintendo history. It’s an old school Nintendo system with 15 games built in. Sort of like Nintendo’s Greatest Hits. The games include Duck Hunt, Mega Man and Super Mario Brothers. It comes with two controllers and a light gun. Believe it or not it was designed for hotels and arcades.

It’s a rare nerd artifact, highly sought after and it’s available now on Yahoo Auctions at a starting price of $110. How high it will go is anyone’s guess. So, if you want an expensive NES alternative, the Famicombox may be for you. Your friends will be envious should you win.