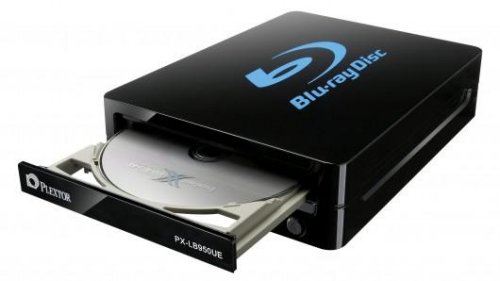 Plextor has a brand new external Blu-ray writer that feels the need for speed. It’s the PX-LB950UE. It offers a 12x write speed for single-layer Blu-ray media and 8x for double layer. Plextor has also included USB 3.0 and eSATA connectivity.

In-device labeling technology will help you produce professional-looking discs, while also offering burn accuracy, quality and stability thanks to a low vibration system and 8MB buffer. It can record up to 50GB of data to one double-layer disc at an 8x write speed. It will hit Europe later this month for around GBP179 (US$286).