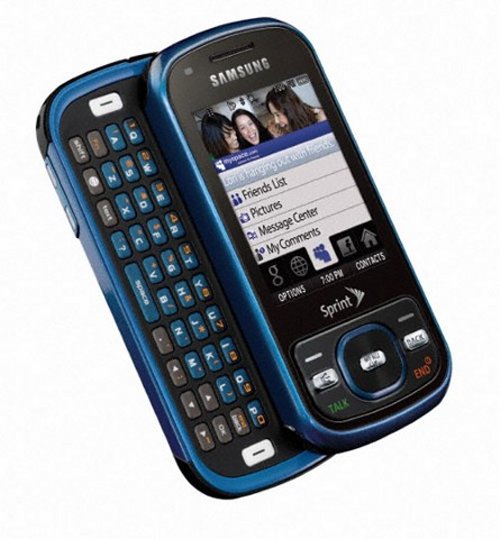 There had been some rumors about the Samsung Lucello, a dual slider with a messaging focus, that was set to hit Sprint soon. Well, this device now has an official name and a release date. It’s called the Samsung M550 Exclaim and it’s set to release on Sprint on June 7th.

The interface is all about social networking with a menu that allows instant access to Facebook, MySpace and Google. As phones go, it’ pretty middle-of-the-road, with a 2-megapixel camera, Bluetooth and EVDO Rev 0. The Exclaim will be available in pink and blue flavors.