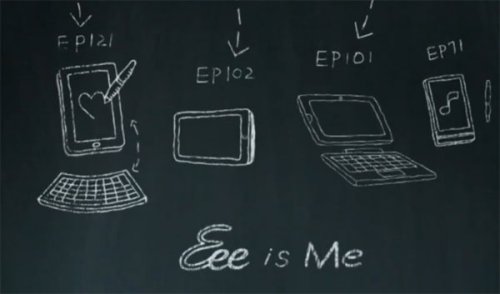 ASUS teased us by revealing more about its upcoming Eee Pad line of tablet computers in a video featuring Chairman Jonney Shih. And i do mean teased. The company tweeted a link to the video, but it has since been removed from YouTube. The video confirmed some of the specs for the 12-inch EP121 and 10-inch EP101.

There was also another 10-inch tablet shown with a sliding keyboard, called the EP102. The video also teased us with a first glimpse of a smaller tablet called the EP71, of which we have no details.