Posted in Games by Shane McGlaun on November 6th, 2008 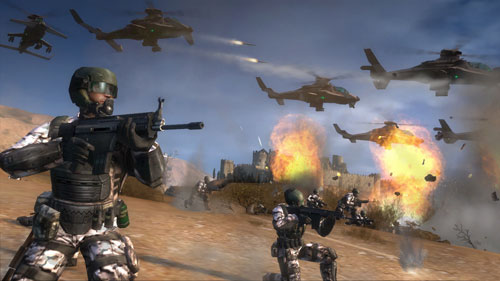 I like Tom Clancy, his books are fun to read, movies based on his books are usually good, and I have had lots of fun with games based on his works. Clancy has a new video game coming out with Ubisoft that adds some new and cool features that we haven’t seen on console games.

The new game is called EndWar and Ubisoft says the title has a new and unique control method for the squad-based gameplay. EndWar will be offered on the Xbox 360 and the PS3 consoles. The title is set on the battlefield of a future World War 3.