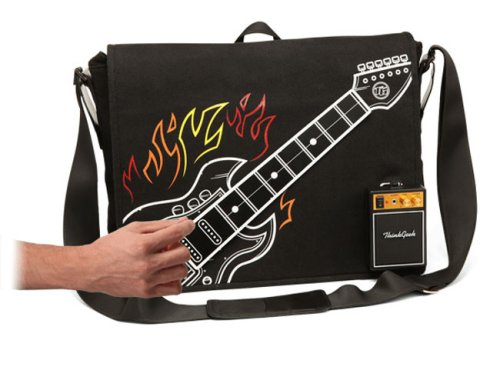 Most bags just hold stuff and that’s it. They do their job and nothing more. Well, ThinkGeek has a new offering that puts a playable instrument on it. It’s called the Electronic Rock Guitar Bag. The name says it all. This bag plays music.

The music plays through a little amplifier that you can hang on the front of the bag. How cool is that? The guitar is played by swiping your thumb across the strings on the bottom and you can make real chords on the neck. The bag has room for up to a 17-inch laptop and has two large pockets and six small pockets with a zippered phone pouch. 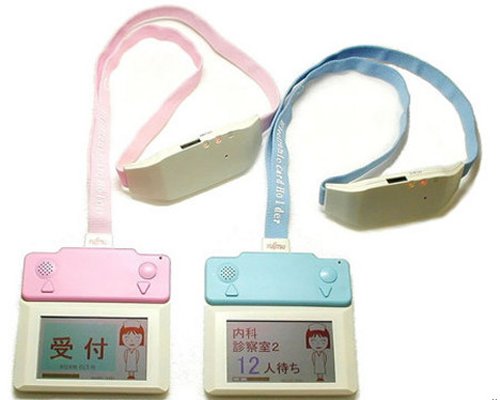 Clocking in or out of an office usually requires a company card that you flash at the entry and exit points of the building. Fujitsu is working on offering a new solution for hospitals that can be used during the check-in process. This solution will connect electronic card holders using electronic paper to a patient navigation system, where it will guide patients to examination rooms or diagnostic testing rooms etc.

Just insert an IC-equipped registration card, and the electronic card holder will automatically link into the medical facility’s electronic patient navigation system and electronic medical record system to ensure the registration process is complete. It will also show outpatients where to go using visual displays and vibration. 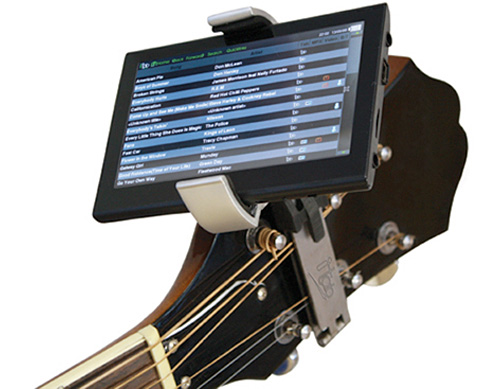 Musicians will love this. The i-tab comes with a 5″ touchscreen display that will display and scroll through chords and lyrics in perfect synchronization as you are playing. Think of it as a music teleprompter for the guitar.

The device has 4GB of internal storage space, which should hold thousands of tabs that you can purchase and downloaded from the i-tab online Tab Store. There are 5,000 tabs available right now, with around 500 being added weekly. 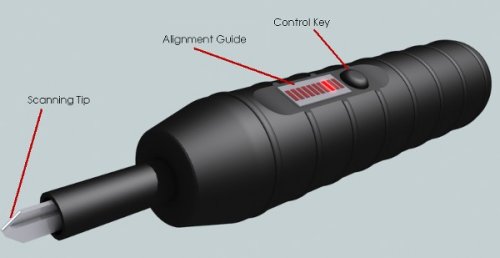 This device could be a thieves new best friend. It’s called the Electronic Key Impressioner. You insert it into a car door and it scans the position of the tumblers inside. It then sends that info back to a PC over USB when you are told the car’s model, which can provide the necessary information to cut the perfect key on the first try.

At the moment, it only works on Fords with simple metal keys, but the hope is to expand it so that it supports other manufacturers and maybe even electronic keys someday soon. It’s for locksmiths and authorized security professionals, but thieves will be using it as well, we are sure. 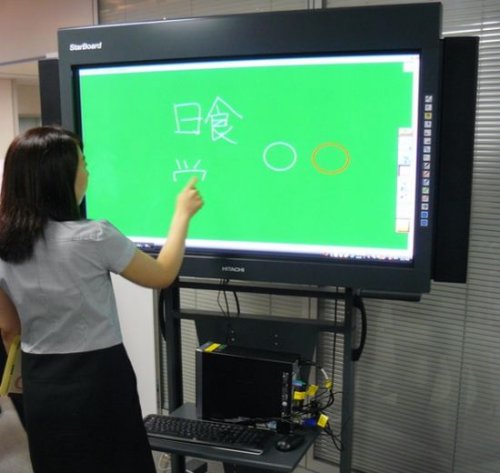 Hitachi is looking to take advantage of the education market, so the company has developed some new electronic blackboards. New and improved versions of the transformed PX-DUO-50 electronic blackboards will be resurrected in each of the elementary and junior high schools in Japan. Costing about ¥700,000, the electronic blackboards have a PC built-in and use a detection device consisting of two infrared cameras, with the lens having a field angle of 170°.

Measuring 50-inches, the blackboards support all of the character input and character recognition that teachers need and come with a terrestrial digital TV tuner.

END_OF_DOCUMENT_TOKEN_TO_BE_REPLACED
Permalink | Comments (2) |
Posted in Home by Conner Flynn on May 27th, 2009

If you are a smoker, now is a good time to either quit or find some cheaper way to maintain the habit. Cigarette prices are rising and more states are banning smoking in public places. Blu Electronic Cigarettes can help. These “cigarettes” use a nicotine cartridge that contains an atomizer that vaporizes the nicotine.

It will deliver your nicotine without the harmful carcinogens, while satisfying the habitual aspects of smoking, like actually holding the cigarette and blowing out what appears to be smoke. That smoke is really just water vapor. And you can smoke these anywhere, even in places where smoking cigarettes is prohibited. Because they aren’t cigarettes. 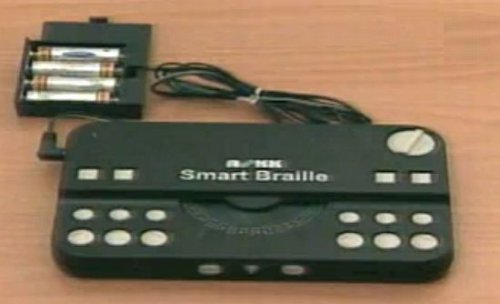 We all take our sight for granted and tend to forget how fortunate we are that we can experience an entire visual existence that those with no sight will never know. For the blind, content on the web is like a giant gaping void that they have no way of navigating. Monitors are useless for conveying info to the blind. They basically live in a different world just parallel to our own. One that we will never know.

Thanks to this Electronic Braille Reader that converts web content to Braille, the blind can finally get a taste of what we have been experiencing on the web. Check out a video below. 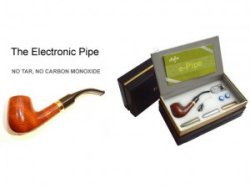 e-cigarettes seem pretty fashionable these days. I guess it beats being hooked up to an iron lung machine. Despite the fact that some people have a huge problem with smoking, it’s a part of our culture. We even covered a phone that looks like a carton of smokes awhile back.

Riding the wave of e-cigarettes is this electronic pipe. The Electronic Pipe will give you the taste and feel of smoking on a pipe while looking like you are solving crimes in the 19th century. You just won’t get all the negative effects of nicotine. It will give you a nice a orange glow and even a puff of fake smoke to complete the illusion.

The EZ-TP Electronic Teaching Trumpet from Yamaha is now available in Japan. Sorry rest of the world. You’re going to have to wait to get your lips on this one. It’s a digital way to learn the trumpet and share and save your MIDI-produced songs to your computer. The EZ-TP trumpet is designed to react to humming, not your mouth positions. 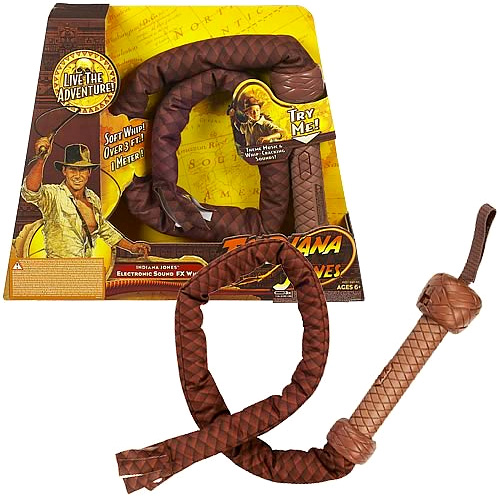 The 4th Indiana Jones film will hit theaters in less than a month. Indiana Jones fans can now get themselves a toy version of Indy’s most famous accessory, next to the hat. The bull whip. Now you’ll be able to relive classic scenes from the movies. “Throw me the idol, I’ll throw you the whip.”

While I’m not sure if it’s a good idea to have kids going around whipping things like Devo, this is a toy that’s long overdue. We always wanted one. And yes, it’s as lame as you thought it would be. It’s not likely to hurt anyone by accident. The three foot soft whip features a plastic handle that not only plays authentic whip-cracking sound effects as you swing it, but also the well-known Indiana Jones theme music. A switch on the handle turns the sounds on and off, and it even features a carrying strap for attaching it to your belt. It will cost you $26.99