Posted in Mobile Phones by Conner Flynn on March 14th, 2011 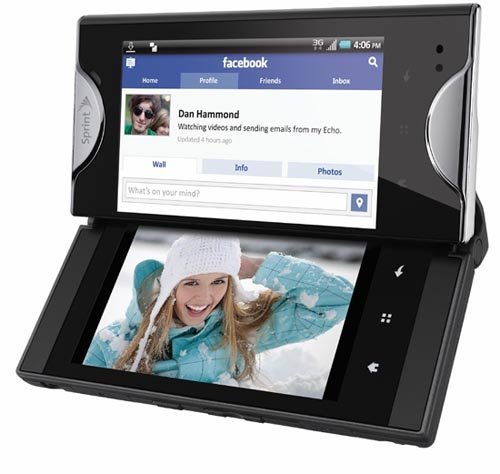 Echo, the dual-screen phone from Kyocera, set to arrive on Sprint’s network finally has a release date and a price. It was announced awhile back, and spotted at the FCC after that and now this odd Android handset will be making its way into our hands very soon.

Sprint has just announced the phone’s release date as April 17. Starting on March 26, you can reserve the phone if you like what it offers. The Kyocera Echo will cost you $199.99 with a 2-year contract on Sprint when it arrives.