Posted in Speakers by Conner Flynn on January 27th, 2011 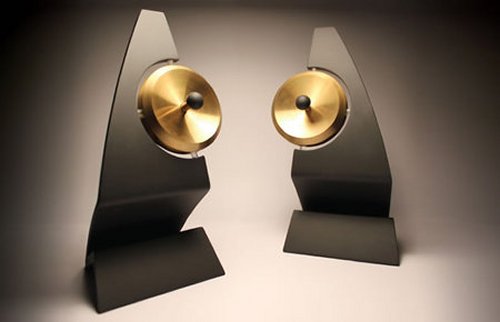 Are you tired of dealing with angry neighbors who aren’t happy with the volume of your music? The new ultrasonic Klang speaker can help. It’s just a concept right now, but these speakers are designed to send a narrow beam of sound directly to the listener, while being inaudible to others.

The speakers send out sound in an ultrasonic frequency around 30,000 Hz. The sound travels straight ahead and creates music inside your ears if you are in it’s path. They can be adjusted in different directions to make the sound feel like its coming from somewhere else too.

END_OF_DOCUMENT_TOKEN_TO_BE_REPLACED
Permalink | Comments |
Posted in Earbuds by Conner Flynn on May 3rd, 2010 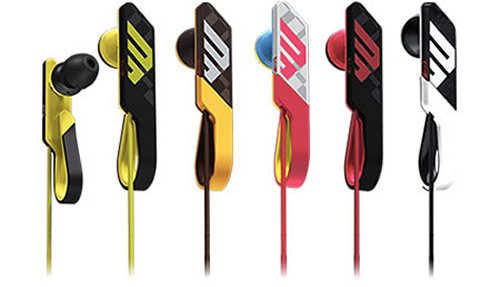 If you’re the type that has problems with getting earbuds to fit, these new earbuds will help. The new Sony Qlasp earbuds are styled so that they stay on your ear. It clips onto your earlobe and pumps out a frequency of about 6Hz to 23,000 Hz.

The earbuds will cost you $25 and while they may not be the best, they won’t be falling off your ears. 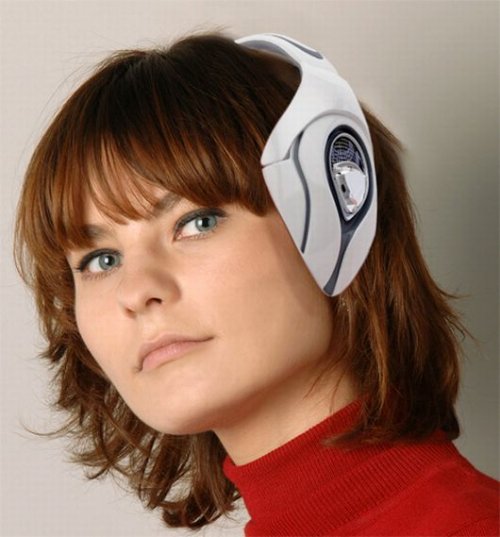 Seems like we have webcams in everything these days. They’re in everything and they are everywhere. It must have occurred to someone that the one place they missed was our ears. Which is a strange place for webcams, as we usually use them for other’s faces.

That’s what makes this so odd. This headphone/webcam combo will show you everything that is on your side. Maybe designer Andy Kurovets is just really paranoid. Maybe he has enemies that use his blind spots to their advantage. But chances are he just wanted to look like some fashion forward Sci-Fi dude. 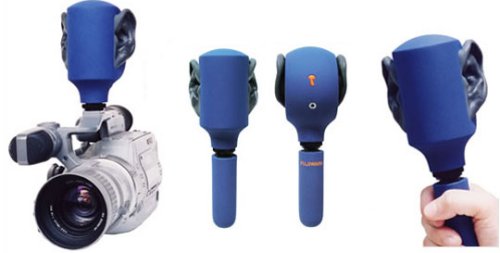 This odd mic is blue, with 2 big ears, which is creepy enough, but the most disturbing thing in conjunction with those features is the lack of any face at all. The ears are supposed to capture sound in stereo just like human ears. At least that’s the idea. Problem is your subject will be so freaked out, they’ll be running in the opposite direction.

The other problem is the price. The Binaural Recording Mic from Otokinoko retails for $3,900. That’s a lot to pay to look like a dork. There is one upside to using this strange device though. If you’re filming in some remote jungle and you meet up with a hostile tribe, just grab this baby, hold it up high and they’ll be worshipping their new God.