Posted in gaming accessories by Conner Flynn on June 5th, 2011 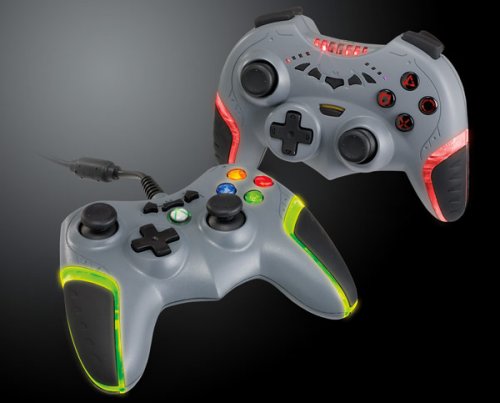 Looking for some Batman inspired controllers to accompany your Batman Arkham Asylum game? These Batman: Arkham City batarang controllers are for the Xbox 360 and PS3 controllers and feature bat-start and select / back buttons, dual rumble motors, comfort-soft grips, and seven switchable versions of LED color.

The PlayStation 3 version has an internal battery, detachable charging cable, and batman-themed USB RF receiver. The Xbox version is wired and not as cool. They will be on display next week at E3 and will hit store shelves when Batman: Arkham City ships in October. 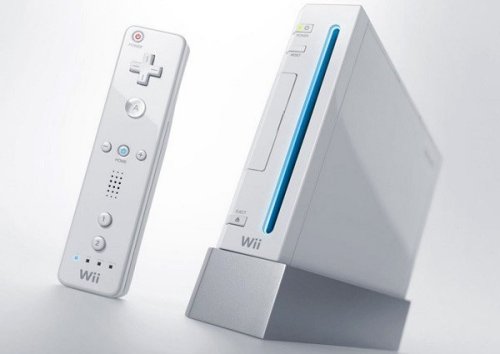 It’s official. The next Wii is a go. Nintendo has announced that it plans to introduce the console next year. A “playable model” will be shown off at the E3 gaming expo in Los Angeles on June 7th. Details are scarce at the moment, but we just hope it isn’t called Wii Wii. Although the French might like that.

We can’t wait to see what Nintendo comes up with. The controller certainly sounds intriguing. And it will be nice to play a Nintendo game in something better than 480p. As we learn more, we will pass it on. 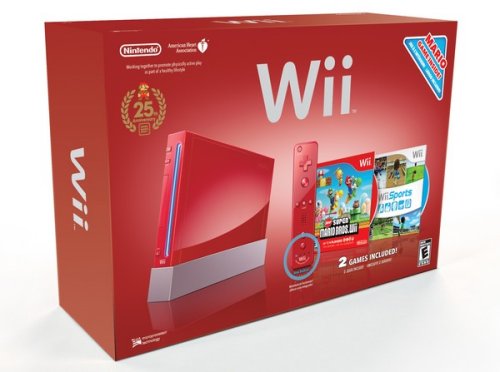 The Nintendo 3DS launches next week and now there are rumors that the company may focus on a replacement for the Wii. Frank Gibeau, label head at EA Games, said in a chat with IndustryGamers that he was aware of a follow-up coming. The device is unknown and wasn’t confirmed, but it is a fair bet that it will have have HD support, rivaling competitors from Microsoft and Sony.

Nintendo has been one of the most conservative console makers especially during this generation of console. The Wii was mostly built using faster but nearly identical processors as the GameCube. The company has often refused to discuss the possibility of a next-gen console as long as sales continued to dominate, but sales are not what they once were and it would seem that the time is right. 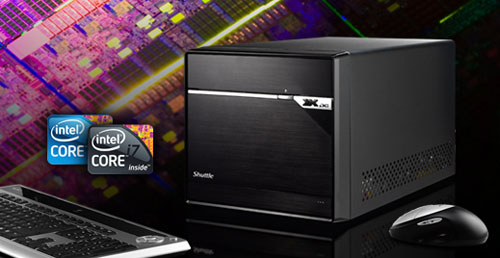 Most of the news that comes out of E3 has to do with new games and accessories for consoles. If you are more of a PC gamer, that can be irritating. Shuttle has announced a new gaming PC at E3 called the XPC J3 5800G. 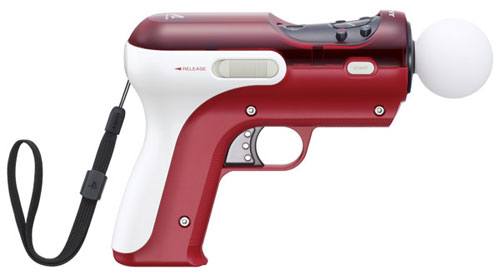 I have a few games on the Wii that you shoot with and I have never felt the need to put the controller into a gun device. It’s no surprise that the PS3 Move controller is already getting a shooting attachment though.

If the one for the Wii looked as cool as the Move accessory, I might actually use it. This shooting attachment holds the Move controller with the ball end sticking out the front. It has an enclosed trigger and looks very high quality from the pics.

I have tested and gamed with more Razer peripherals over the years than I can count. The stuff is fantastic for gaming with no issues with lag or ghosting in any of the offerings from the company.

Razer was showing off some of its new StarCraft II Wings of Liberty branded peripherals at E3 this week. Among the offerings are the Spectre Mouse, the Marauder keyboard, and the Banshee headset. The mouse has 5600 dpi resolution, adjustable button force, and more for $79.99. 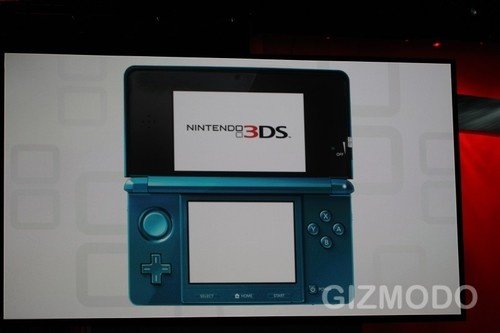 At E3 today, Nintendo has made the 3DS official. The device looks sharp. At least the one they had on stage does. Looks a bit thicker, but we can’t be sure. There’s a 3D Depth Slider on the side to maximize or eliminate the 3D depth effect. The bottom screen is the only touchscreen, just like the original DS, but in this case with a 3.5-inch widescreen on top. There’s a slide pad for analog control and also an accelerometer and a gyroscope.

It sports a camera on the inside and two lenses on the outside for taking 3D photos with the device. But that isn’t it. The Nintendo 3DS is also capable of showing 3D Hollywood movies. The graphics look pretty sweet for a handheld, almost Wii-like. 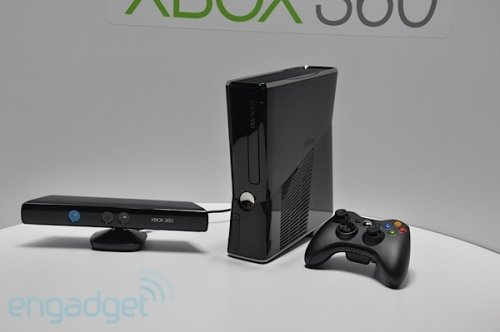 Meet the new Xbox 360. It will launch today for $299. The old Elite will be $249 and the Arcade will drop to $149. The new console looks like a stealth Xbox in glossy black with touch-sensitive buttons. According to Microsoft it’s “whisper quiet,” with one large fan instead of two.

It has integrated 802.11n WiFi, five USB ports, and 250GB of storage on a removable hard drive, though it’s not the same drive as the old console, and older Memory Units won’t work, either. To upgrade you can use a USB-to-Xbox hard drive connector cable to migrate to the new box. What do you think? 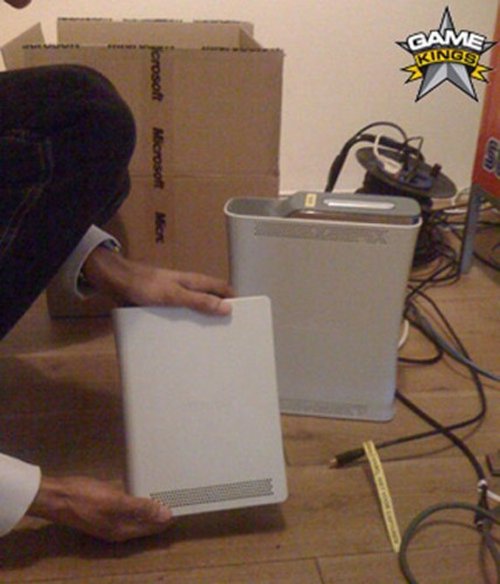 There has been no official confirmation, but word is that Microsoft could be ready to unveil an Xbox 360 Slim at E3. Sony has the PlayStation 3 slim after all and they do want to compete.

Let’s not forget that the PlayStation Move and Project Natal motion sensing controllers are just around the corner too. Things are heating up in the console wars. A slim Xbox 360 will be good as long as they don’t remove any important features to do it. 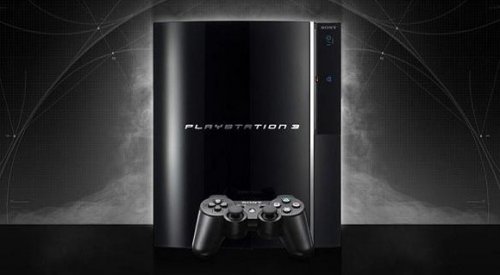 END_OF_DOCUMENT_TOKEN_TO_BE_REPLACED
Permalink | Comments |
Posted in PSP by Conner Flynn on May 13th, 2010 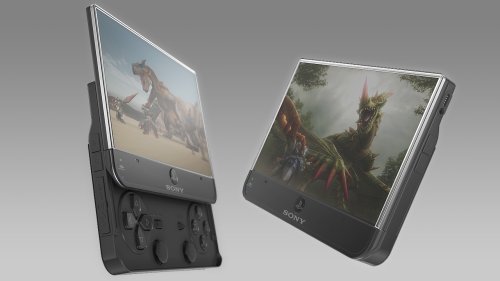 Rumors are swirling that Sony will be announcing a new version of the PSP in just a few weeks at E3. And we aren’t talking something like the PSPGo. We’re talking a true PSP successor.

With E3 just around the corner in June, we will know for sure soon. Don’t forget, Sony needs something to compete with Nintendo’s 3DS. Sony’s latest financial results show that they absolutely need a new PSP. How about 14.1million PSP sales in 2008, to 9.9million in 2009? 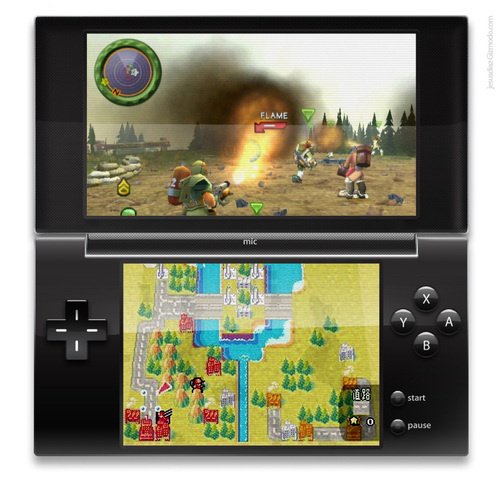 Blogger Raymond Padilla has supposedly gleaned some news about the DS2. The DS2 will have two screens, just like every other DS, but they can be used as two separate screens or one giant screen, displaying the same content across both LCDs. They will be bigger, with “higher resolution,”. No word on if they will be HD.

It will of course have an accelerometer for tilt-motion and supposedly the DS2 will perform similarly to a GameCube or Wii, based on the dev kit. It may also run on a Tegra chip, so we can expect some good speed.

Back in 2007, I went to E3 for the first time and it was a horrible show. I could have seen more new video games standing in the Best Buy game isle than were on display that year. Thankfully, E3 went back to the much larger format for 2009 that it used years ago and it seems the show was a success again.

According to the Entertainment Software Association, the group that puts on the E3 Expo each year, 2009 was a success. The show had over 41,000 attendees from 78 different countries and had 216 exhibitors. The best news was that the booth babes were back at the show this year. 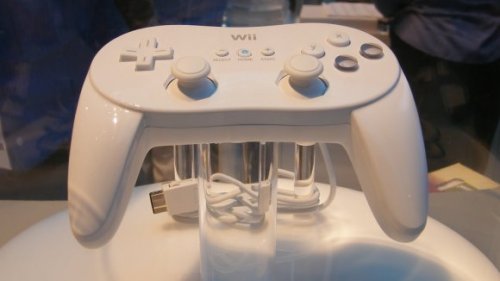 Here’s an interesting story. The guys over at Joystiq spotted a pair of Classic Controller Pros for the Wii at Nintendo’s E3 booth. What’s unusual about this is that it still hasn’t been announced for release outside of Japan.

Nintendo reps at the booth apparently know nothing, or they just weren’t saying anything about a planned release. There’s also no official word on the E3 press site. Yet the controllers were there in all their Wii-white glory. 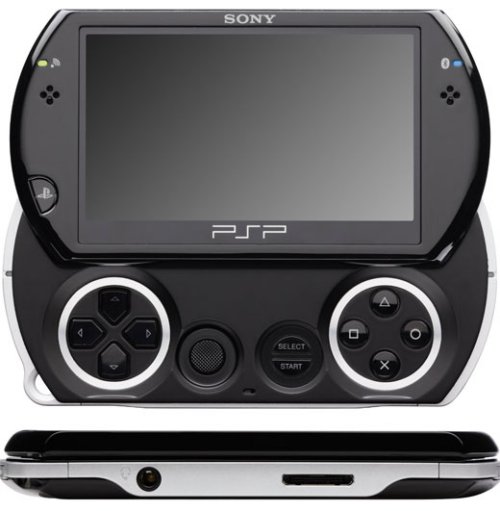 Sony just announced the PSP Go! at E3. Haz Kirai joked that it had two names: The “worst kept secret at E3.” and the PSP Go! As expected, the slider has a 3.8-inch LCD, built-in Bluetooth and 16GB of internal storage.

It’s also 50 percent smaller and 40 percent lighter than the original PSP. When you lose a UMD drive, you’re bound to shed some pounds, right? With no UMD drive, the games will load through the Memory Stick Micro slot or over the PlayStation Network. Sony says that the classic PSP will still be supported and loved on. Are you shedding a tear for the UMD? Be honest.