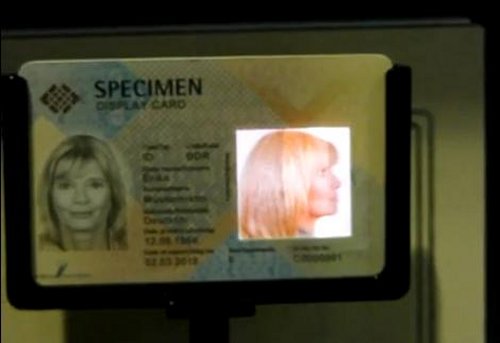 Samsung has been showing off their latest AMOLED concept, an e-passport with a 2-inch QVGA resolution flexible display in an identity card. The idea is to show a 360-degree view of the card-holder, rather than just a headshot. The e-passport uses an AMOLED display that can be powered wirelessly via an RFID reader.

Usually the display is blank (That’s why you need a normal picture. Not everyplace will have an RFID reader) but when it gets close to the scanner it powers up and automatically shows the video. The AMOLED is flexible, but also has a 10,000:1 contrast ratio and is capable of displaying 260k colors. Video below.