Posted in Camcorders by Conner Flynn on August 11th, 2008 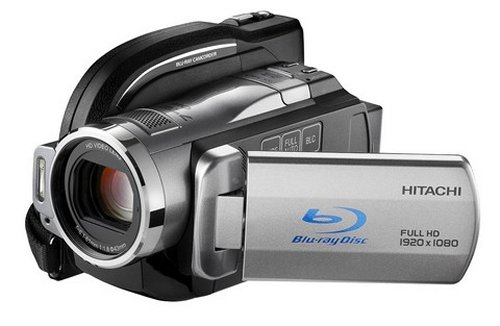 Hitachi’s annouced it’s tri-format Blu-ray camcorder, the DZ-BD10HA, along with a list-price. It uses a 7-megapixel CMOS sensor that’s capable of both full 1920 x 1080 High Definition images and video. It can record directly onto either 8cm Blu-ray discs, the 30GB hard-drive, or onto an SDHC memory card.

One nice feature is that footage on the hard-drive or SDHC card can be re-dubbed to the Blu-ray drive without having to hook up to a computer, if you want to split, splice, delete, merge, and transition etc. It will also convert footage into standard definition and burn to a DVD if that’s what you want. There’s a lot to like here. Including the price which is a surprisingly reasonable $999. It will be available in September 2008.