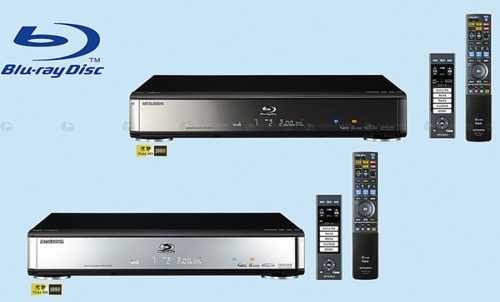 Mitsubishi just launched two new Blu-ray recorders set for Japan with the DVR-BZ200 and the DVR-BZ100. The two recorders each house an internal HDD with 500GB and 250GB capacities, respectively.

The part that really makes these Blu-ray records most notable is that they can record HD content onto a regular DVD disc with Blu-ray’s AVCREC specs. You can fit around a couple of hours of Full HD MPEG video onto a standard 4.7GB DVD, and set it to record using the super-cool, included touch screen remote control.