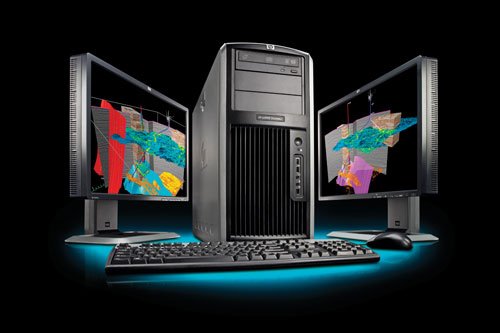 HP has unveiled their latest line of xw9400 workstations packing AMD’s six-core Opteron 2400 series. These processors are capable of giving a system as many as 12 cores. According to HP, the chips offer about 34% more performance per watt compared to earlier quad-cores, despite using a similar amount of energy.

Which Opterons are used isn’t mentioned, but clock speeds for the Opteron 2400 line range from 2.2GHz to 2.6GHz. The systems can also be outfitted with a high-end FirePro V7750 workstation-class graphics card from AMD.