Posted in music,Services by Reuben Drake on January 27th, 2008

Amazon today announced plans for an international rollout of the Amazon MP3 music download service to take place sometime yet this year. This announcement is probably the biggest threat to Apple’s mammoth iTunes to date as it likely to cause the reining media download leader to make some changes in coming months to keep up with the competition.

Once Sony BMG came onboard Amazon became the only online retailer to offer downloadable MP3’s from all of the four most major music labels that are all also DRM-free. Amazon MP3 now boasts over 3.3 million songs available with no restrictions on what player or computer the songs can run on, and no restrictions of how many places users can copy it to. 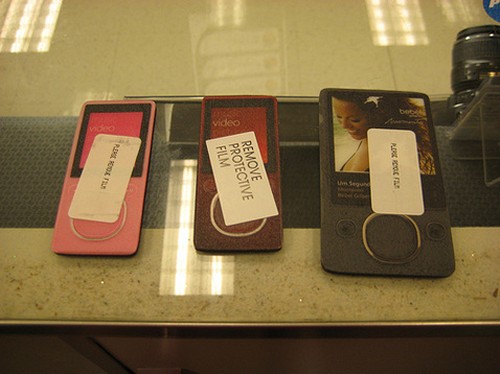 As the launch of the second generation Zune, or Zune 2, from Microsoft nears the rumors are flying at full steam regarding pricing and the features that the new media players will house. From what we’ve ascertained the launch is scheduled for October 3rd at midnight and will bring three new models of the Microsoft Zune player along with new features and content on the Zune Marketplace (iTunes for Zunes).

Along with some FCC leaks showing 4GB and 8GB flashed-based Zunes (codenamed “draco”), ZuneScene has the skinny on pricing along with some additional juicy details. These are still in the rumor stages mind you, but it looks like a new 80GB version will be going for $249 with an 8GB model going for $199 and a 4GB model for $149. The 8GB and 4GB models are expected to come in black, red, green or pink but the thinner 80GB will come in only black. 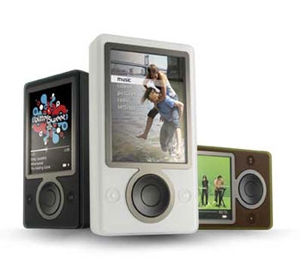 FairUse4WM has been fairly well known for its ability to the Windows Media DRM and with its latest version 1.3 it boasts to be able to completely remove the digital rights management restrictions from songs purchased from the Zune Marketplace; a feat to which it was previously unsuccessful.

This, like most of these situations, will likely be short lived. Microsoft is undoubtedly already well on there way with a new version of software for the Zune to combat the latest FairUse4WM version. But, until then you can use this to release your songs from the DRM clutches. If you’re too late for this version you’ll likely get another chance, that is until Microsoft figures out who the heck “viodentia”, (the FairUse4WM author) is.

Permalink | Comments |
Posted in DRM,iTunes,News by Chris Weber on May 14th, 2007

Whoa… In the midst of Apple dropping their DRM with some labels and DVD codes being cracked, from out of nowhere comes a crack for the DRM on downloaded music from iTunes.

The creators of QTFairUse6 have made a way to rid your iTunes downloaded music of that pesky DRM and do with it as you wish, but of course this only works for the current version of iTunes (7.1.1), and unfortunately it only works for Windows.

No doubt by now Apple is working on the next version of iTunes to plug this hole so you’ll have to take advantage before the next upgrade, and Mac users will have to wait a little longer to see if something comes their way soon. Check it out: