Posted in Nintendo DS by Conner Flynn on May 1st, 2008 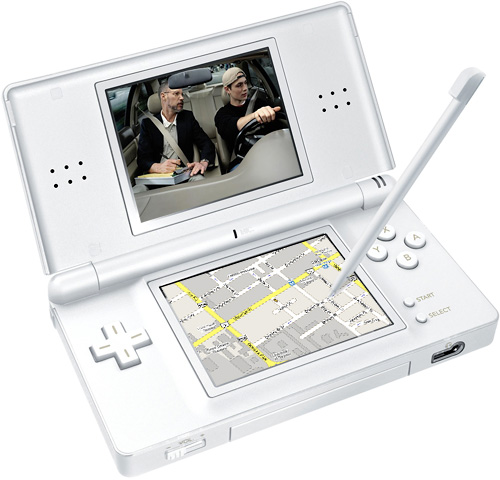 It seems that the days of drivers ed courses and gory safety videos are becoming a thing of the past. Soon teenagers will be able to prepare for the written portion of their driver’s license exam with the Drivers Ed Portable for the Nintendo DS. It was developed by DreamCatcher Games and JoWooD Productions. The idea is to give people a fun way to study the material. Let’s just hope that this title conveys the seriousness of the rules of the road and doesn’t have teens expecting to shoot red or green shells at their opponents.

The game will feature two modes: Test and Train. Test mode will have some sample tests for the written part of the driver’s license examination for all 50 US states, 13 Canadian provinces and territories, as well as Spain, Italy, France, Germany and the United Kingdom. User progress is tracked, so the player will know where they need to improve in order to be successful in the real life test. Train mode will include three fun and educational mini-games. I think it might be a good idea to get off the road very soon. Damn kids and their Nintendo.