Posted in Samsung by Shane McGlaun on January 29th, 2009 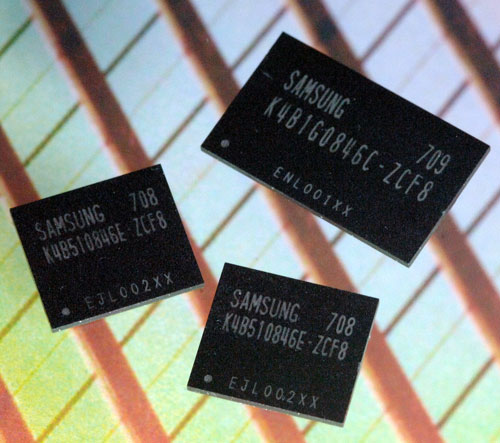 With the poor global economy making demand for DRAM greatly reduced and many DRAM companies facing the very real prospect of going bankrupt, it may seem surprising that Samsung is announcing a new DRAM chip onto an already flooded market. Yet, it has announced new DRAM with new features.

Samsung has announced what it claims to be the world’s first 4Gb DDR3 DRAM chip that is built using 50nm construction process. The low-power DDR3 DRAM is intended to enable a new generation of green servers, workstations, and notebook computers.