Posted in Digital Cameras by Reuben Drake on January 29th, 2008 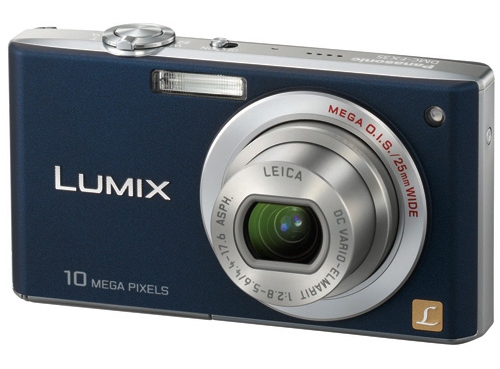 Among the many shooters hitting the market today from Panasonic, the latest added to the Lumix lineup was announced as the DMC-FX35. This model has Panasonic’s first wide-angle lens at 25mm giving the ability to get almost double the width into the picture.

The Lumix DMC-FX35 takes photos at 10.1 megapixels with a 4x optical zoom, and can also recored 720p high-def video 1920 x 1080 ready to play on your widescreen at home. If pictures are too slow and high-def video is just too much this Lumix also has a high-speed burst of photos that can take up to 6 per second and go non-stop, limited only by the size of the memory card.