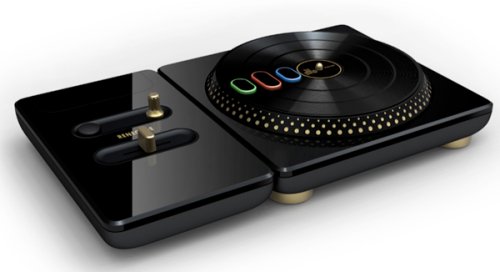 Get ready for some intense DJ battles in two-player mode. DJ Hero 2 will be released in the fall for the PS3, Wii and Xbox 360. Nothing on price yet though. There’s also be a plain turntable bundle that comes with a single deck and no microphone.