Posted in Tivo by Conner Flynn on September 26th, 2010 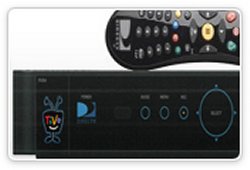 The DirectTV TiVo that was scheduled to be delivered before the end of this year has been delayed until 2011. CEO Tom Rogers said that beta testing for the device will continue into next January. TiVo executives have suggested that TiVo will begin to shift towards service delivery, rather purely on manufacturing hardware.

The delays have apparently been associated the current product development timeline, where there is nothing to be gained by bringing a new product to market during the holiday season, as well as technical challenges.