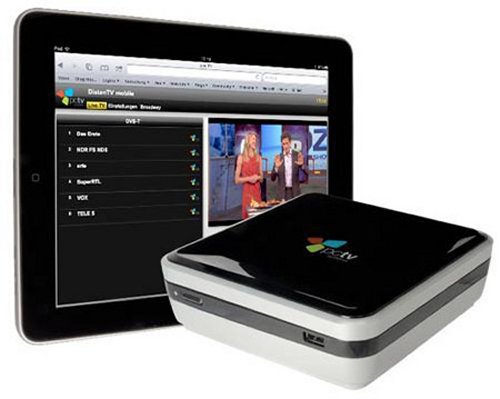 The Hauppauge Digital Broadway Box is not what it sounds like. This isn’t a box full of musicals and Broadway shows. It’s a new way to watch live TV on your iPhone and iPad (as well as other mobile devices). It’s basically a small stand alone box that connects to any TV signal and streams live TV wirelessly to mobile devices like your iPad, iPhone or iPod Touch.

Live TV can be watched over your home Wi-Fi network or it can be streamed over the Internet anywhere in the world as long as you have an Internet connection. It will arrive in July or early August for $199.