Posted in Best Buy by Conner Flynn on February 16th, 2010 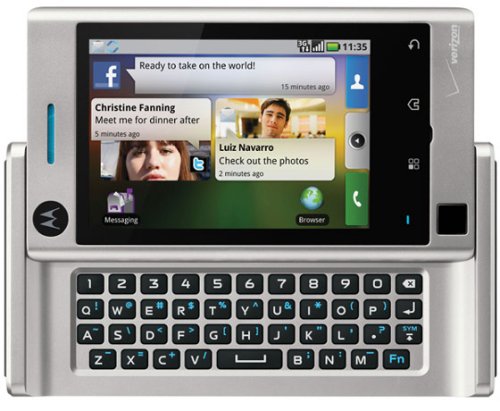 You still can’t get one in your hands until February 25th, but if you want to make absolutely sure you don’t miss out on the Motorola Devour, you can now hit your local Best Buy or Best Buy Mobile store and reserve a Devour starting today. And why wouldn’t you want to make sure you get one?

There’ a catch however. You’ll have to buy a $50 Best Buy gift card to insure your spot for the phone, but hey no mail-in rebates. Instead you’ll get an instant discount at check-out. However Best Buy still is not saying exactly how much the phone will cost.

And so, it’s official. Verizon Wireless has announced that Motorola’s Devour will be heading to the network next month. It’s the first VZW phone to feature Motoblur. To refresh your memory, you can expect specs like:

A 3.1-inch capacitive touchscreen, touch-sensitive navigation pad, pre-installed 8GB microSD card and Bluetooth support. We are hoping for multitouch, but there’s no mention of it. We can hope. No word yet on price, but as usual we should know any day now. 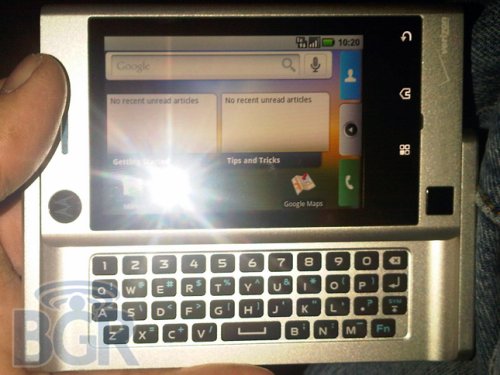 Looks like Motorola is actually making devices in more that one color. Check out the Motorola Calgary / DROID Devour in stunning silver. Somebody leaked the info to BGR along with the opinion that the keyboard was “nice” and the phone itself was “easier to use” compared to the Motorola DROID.

Maybe the BLUR OS simplifies things for some, but the trackpad apparently works well as a navigational input device. This one has Wi-Fi, GPS, a 1420mAh battery, but no SIM card slot. We don’t know yet if it will come in multiple colors or not is not, but black and silver is a no-brainer.