We all know that Android is super popular right now, but it looks like the best is yet to come for the platform. According to Digitimes, low-end Android phones are about to take the already-popular OS to new heights. Maybe even world domination. The reason is simple. Some handset vendors are rushing to launch low-priced (under $150) Android devices.

Digitimes thinks that 20-25 million of these devices will be sold this year alone. Those are huge numbers. We are talking a tenfold increase from last year’s 2.5-3 million phones sold. The low end Android market is wide open right now. 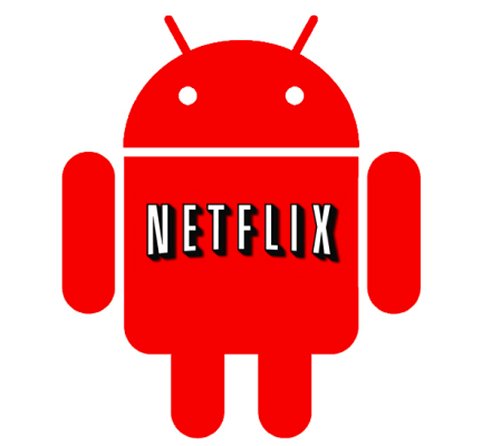 Now that iOS, Windows Phone 7 and seemingly every game console are streaming Netflix video, the company is focusing on Android. In early 2011, Netflix will appear on “select Android devices,” according to the company’s blog, which promises a “standard, platform-wide solution” for Android in the future.

So why did it take so long? And you might also be asking why Netflix will be limited to particular handsets when it first rolls out? They have an answer. “The hurdle has been the lack of a generic and complete platform security and content protection mechanism available for Android,” 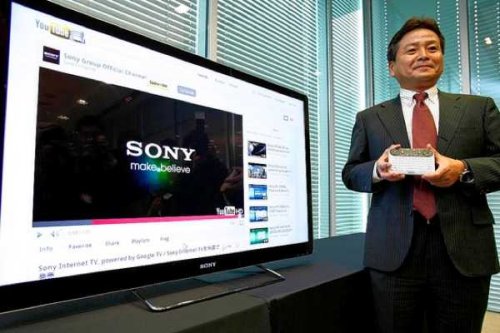 Word is that Sony Ericsson has an Android 3.0 mobile gaming platform in the works. Of course you are free to speculate on what else may be coming. Maybe a Sony toaster with some decorative toast burning apps. No, probably not.

Archos has unveiled five new Android-powered devices. All are powered by Android 2.2 and sport microphones and accelerometers. However there is no access to Google’s Android Market, just Archos’ AppsLib. 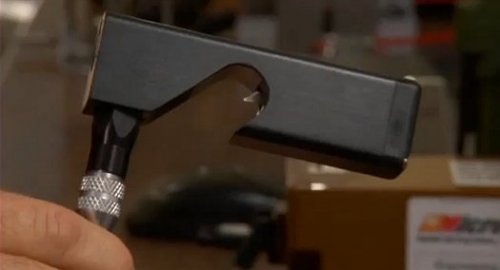 If you’ve ever wondered how Batman gets his gadgets charged, this is probably the answer. The military has developed the Remote Auxiliary Power System or RAPS. RAPS can be deployed like a grappling hook with overhead power lines. Then a tiny blade will penetrate the power line and make contact with the live wire inside.

The area around the blade will make contact with a second exposed wire that all powerlines have, transmitting electricity to an AC to DC converter safely at the end of the cable.

END_OF_DOCUMENT_TOKEN_TO_BE_REPLACED
Permalink | Comments |
Posted in Wii by Conner Flynn on May 26th, 2010

If you do a lot of gaming with your Wii, you need an induction charger for your Wiimotes. It’s even better if that charger can charge your Wiimotes and two USB devices at the same time. For $35, the Konnet PowerV Duo does just that.

It works using two silicone jackets that slip onto your WiiMotes, and two USB ports can charge phones, MP3 players, and even your Nintendo DS with the included connectors. That should be pretty convenient.

The Panel is a portable 13-inch rechargable USB monitor that can plug into almost any device with USB. Like your iPhone or Xbox 360 etc. The battery will deliver up to 5 hours per charge and the screen has a 1280×800 resolution. 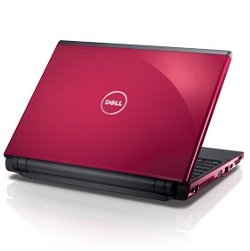 Soon Dell Netbooks, specifically the Dell Mini 10, will be available with a $69 Wireless 700 Card which will make the netbook navigation capable, just like your smartphone. The Wi-Fi enabled card would let you navigate just like with other devices.

The Wireless 700 card uses a combination of Broadcom’s GPS technology and Skyhook Wireless’ Wi-Fi positioning solutions. The integrated navigation software will provide 2D and 3D map viewing and will help save addresses for trip and route optimization. Users could also geo-tag photos to flickr and get weather updates for a specific location. 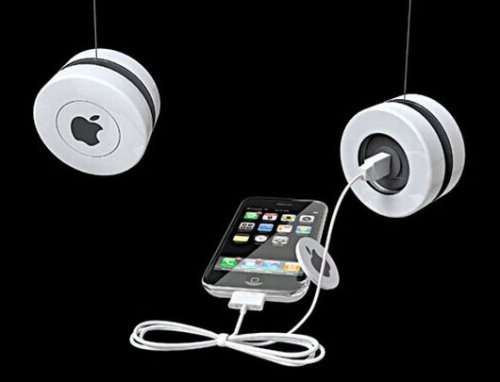 There’s always a solution for charging gadgets when your batteries crap out, but the problem is most of them aren’t any fun at all. Why can’t gadget charging be fun? In fact, I demand fun! Fun in the form of the iYo from Swedish designer Peter Thuvander. The iYo makes charging up your devices into a game, by way of a small induction generator to charge a battery inside the iYo. Just play with it for awhile and when you’ve given the battery a charge, then connect your gadget to the iYo’s USB port and the power will be transferred.

Play is fun and all, but can you imagine all of the Geico caveman types that will break it. The same people who broke wiimotes because they don’t have the cognitive capacity to hold something and apply pressure so it doesn’t leave one’s grip. This could be fun. I can’t wait until we get Kerbanger hard drives and ball/paddle chargers that put people’s eyes out. As far as I’m concerned the world just got more interesting, because it got more dangerous with this concept.