Posted in Microsoft by Conner Flynn on October 20th, 2009

Surfacescapes Demo Walkthrough from Surfacescapes on Vimeo.
This is the best use for Microsoft’s Surface multitouch table we’ve seen yet. Recreating the Dungeons and Dragons experience on a tabletop. It’s a work in progress, but it’s pretty stunning. It was created by a team at Carnegie Mellon University. Players move real figurines over virtual battlefields, rolling virtual die to deal damage against the usual wolves and such.

So far they’ve got everything from modeled pieces, spell effects, and tons of nice touches to the terrain and ambient outdoor sound effects. It might remove some of the imagination from the game, but it makes many things easier. 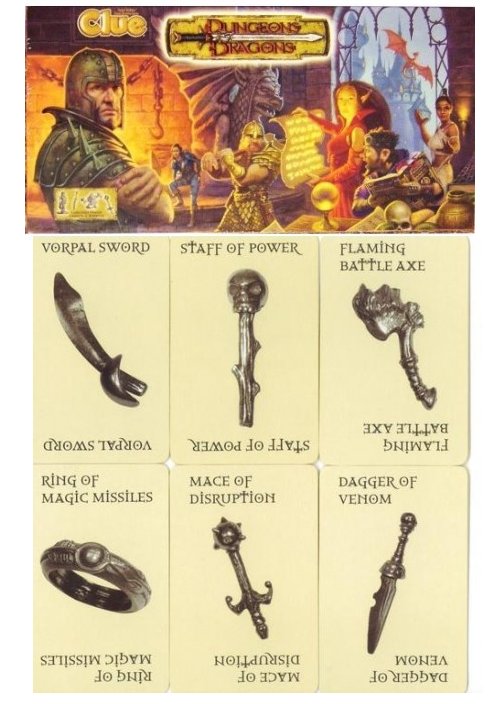 Say you’re a Clue fan who finds the game a little stale after so many years and you also really really love D&D. Here’s what you need to get yourself this Christmas. Find out who killed the Archmage. Any of the 6 players could be the evil doppleganger.

Was it Tordek the Dwarf Fighter with the Flaming Battle Axe in the Library of Arcane Tomes? Or maybe it was Lidda the Halfling Rogue with the Dagger of Venom in the Magical Armory? Or perhaps Nebin the Gnome Wizard with the Mace of Disruption in the Chamber of Tricks & Traps?

It’s as if thousands of geek minds suddenly cried out, at the prospect. But in agony or ecstasy? The game is like standard Clue but with a D&D twist. All the rooms, weapons, and characters have been changed to a D&D theme. You also get a deck of Wandering Monster cards. When you draw one you have to fight one of the six monsters. If you do this and win, you gain an advantage and can look at your opponent’s deck or get an extra turn. Lose your battle with the monster and get sent to the maze in the middle of the board where you have to roll a die to get out. Comes with six pewter characters and six pewter weapons. 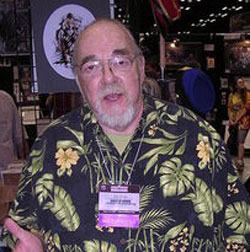 How many of us consider ourselves at least part geek? And being part geek means you’ve probably played D&D at some point, right? From that angle therefore we report with sad news that Dungeons & Dragons co-founder Gary Gygax has passed away today at age 69.

As we’ve reported on sister blog Pop Therapy, Gygax of late had been in poor health. During his heyday Gygax had an amazing contribution to the world of fantasy role playing games with his co-development of the uber-popular Dungeons & Dragons brand. His and Dave Arneson’s work in the old days of TSR made D&D the cornerstone of the modern fantasy RPG movement – you can see hints of its glory in almost any computer role playing game you enjoy today.