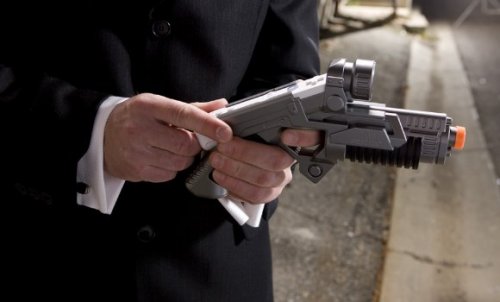 Here’s a Wii light gun that looks alien and lethal at the same time. The Dark Ops Wii Light Gun peripheral lets you kill on screen beings in style. We’ve seen our share of wii guns, but this one has a form factor that is a departure.

One major drawback is that it would be a pain to reach the D-pad. But at least it looks different compared to standard plastic Wii guns. It’s for people who want to play Wii games with alien looking guns for no real reason other than to look cool.