Posted in Robots by Conner Flynn on October 12th, 2009 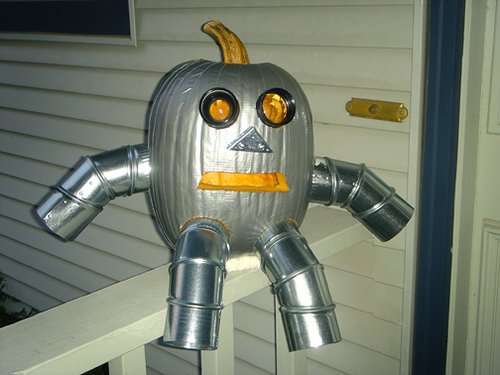 Halloween is almost here and while we all have a healthy fear of witches,ghosts,monsters and zombies, it’s robots that we should really be afraid of. Robots are capable of killing every creature on that list and then turning on us.

That’s why I’m proposing that we phase out all of the old monster decorations and Jack-o-lantern faces and replace them with robots. If you don’t fear them now, you will wish you had feared them sooner one cool October night when a red-eyed robot TPs a house with your intestines. 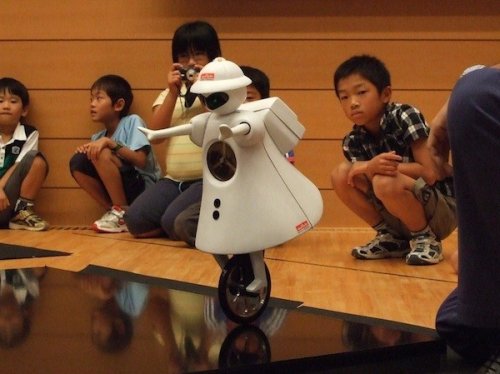 The weekend is upon us once again. Friday is definitely a day for celebrating. Celebrating the fact that you weren’t injured, maimed or killed by one of humanity’s mechanical creations. Congratulations, you made it through the week in one piece. But how many more weeks do we have? No one knows. I only know that Blue Oyster Cult was right. Don’t fear the Reaper. Fear the robots. Here’s some of what we covered this week over at Botropolis.

Use your head: Robot controlled by thought. 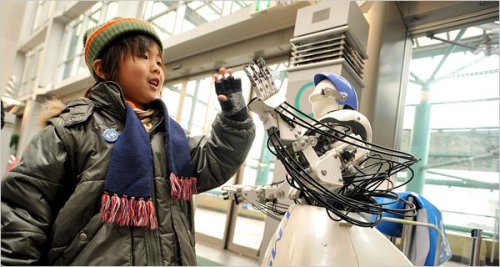 Like the Terminator, robot news just doesn’t stop. As usual, we have you covered over at Botropolis. Everything robot, all the time. And yes, the deeper we delve into the seedy underworld of robotics and robots in our culture, the more fearful fascinated we become. It’s clear that robots are our ultimate destruction friends and ultimate salvation. Seriously, I have nightmares every night. I have the shakes. I welcome them with open arms and embrace their master plan. Below are some of the things we covered this week.

END_OF_DOCUMENT_TOKEN_TO_BE_REPLACED
Permalink | Comments |
Posted in Robots by Conner Flynn on May 15th, 2009 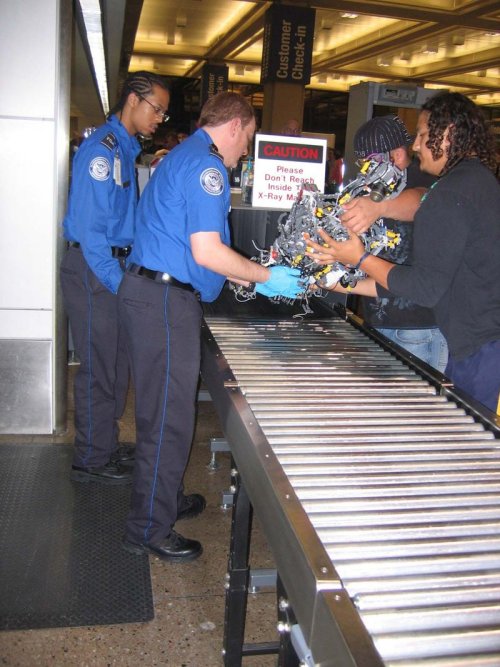 Robots have been busy this week, which is fitting since they are our slaves. When they are finished being busy with all the chores we give them, they’ll be busy wiping us off the face of the Earth. This week over at Botropolis we got to check out a Roomba’s chaotic path, saw one printing on the floor, and learned about a bot that asks for directions. Here’s some other stuff we covered.

Roomba mod: Roomba gets a hand.

Jackoon: The Soul Of Jackson Pollock In A Robot Body. 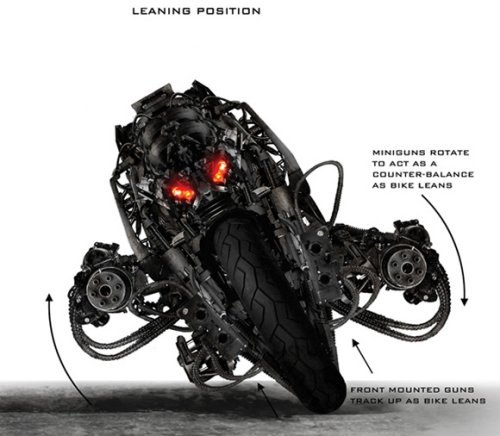 I know that you can hardly wait for the Terminator Salvation movie to hit. So here’s something to tide you over until opening day. Titan Books just released the Terminator concept art of the Moto-Terminator. That’s where a Terminator is riding a motorcycle, or is the cycle, or transforms into a cycle. Or whatever. Either way it isn’t good for John Conner.

It’s the Ducati Hypermotard. When the Terminator fuses with the bike, it be an all new killing machine with the familiar red eyes. 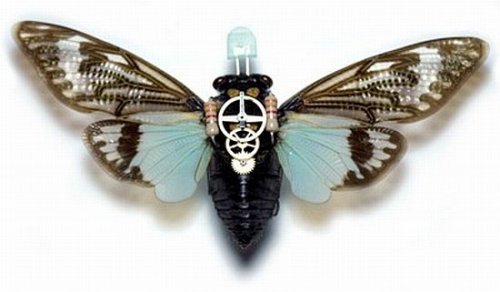 One of the boffins at Georgia Tech has found something easier then building a robot with spy gear built in. He has taken the path less traveled by implanting the devices directly into a living bug. (Gentlemen, we can rebuild him…) The idea is to make longer-living SpyBot insects by implanting sensors that can detect things like sounds or gases while the insects are still in their larval stages. Then, they simple do what nature commands and grow up into adulthood and around the micro-electronics. The result is a cyborg moth that looks like a normal moth.

The saying, “Just because I’m paranoid, doesn’t mean they’re not out to get me.” comes to mind. The next hurdle is figuring out just how to control these little critters. One idea is electrical stimulation, like remote control. Another is to project the scent of a female bug so the poor guy will chase after the phantom female with never any result.