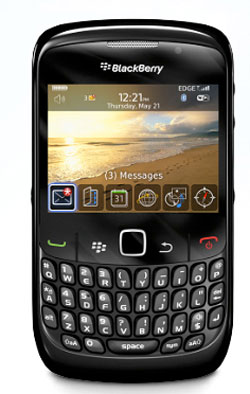 When it comes to smartphones the Blackberry line form RIM are among the most popular devices out there right next to the iPhone and the hoards of Android devices hitting the market. Blackberry has been busy unveiling new devices lately with the announcement of the Tour this month and now the official unveiling of the Curve 8520.

RIM has announced a new Blackberry smartphone called the Curve 8520. The device is similar to the other Curve smartphones we have seen before with a 2-megapixel camera with video capability, 256MB of flash memory, and a full QWERTY keyboard.