Posted in Telephones by Conner Flynn on December 24th, 2008 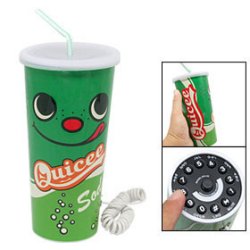 The Soda Cup phone is a bit more stealthy then the average hamburger phone. The cord is the only thing that gives it away as a phone. If they had made a cordless model, it would fool everybody.

Just answer this phone in front of somebody and they will feel like they are on drugs. Dude that’s a phone? At $14, you can’t afford not to buy this smiley freckle faced fake cup with weird generic Soda name. 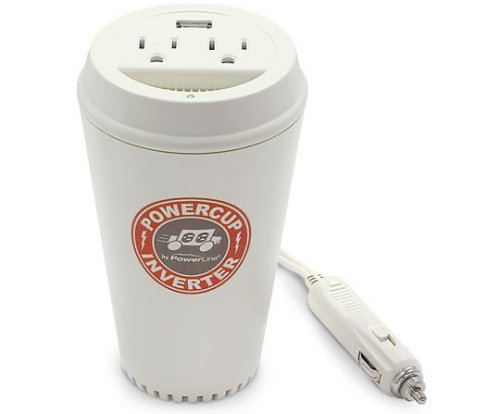 You may or may not have a place in your car to place a gadget charger conveniently. That’s where this charger, shaped like a coffee cup, comes in handy. Chances are you have a cup holder, so just plug it into your cigarette lighter and sit in your cup holder. It converts the DC power from your vehicle into two 120-volt AC outlets and a USB port.

You’ll always have a spot available to charge up. Fits in any standard cup holder. This great solution is only $29.99. Hopefully you have two cupholders so you can still have your coffee too. 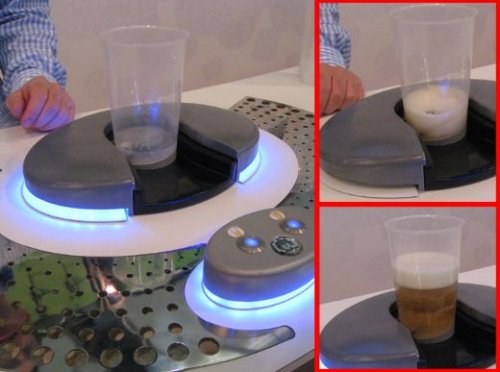 It’s a great concept that would surely make the owner more money at say, stadiums for instance. Think about it, a beer per second, no spillage. That equals less waste and more beers sold in a shorter time. There aren’t many details, but it’s quite an innovation in the beverage world. 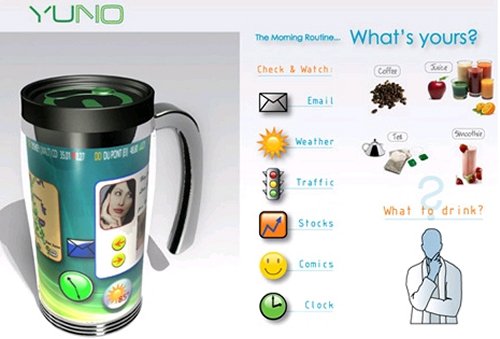 Having a smart coffee mug in the morning would certainly make life a whole lot sweeter. Imagine a mug that could have your stock quotes scrolling across it’s surface, or display a newscast right before your eyes as you pour your coffee in. It seems like Science Fiction, even now, but the day may not be that far off. This concept of a Yuno coffee mug PC boldly steers your morning ritual in that direction.

Computer chips are getting smaller and smaller, it’s not a quantum leap to envision a mug equipped with a touch-screen that would let you wake up away from the PC. It would let you display your own images as a screensaver or play a slide show while you’re taking your coffee break. The idea would be to have a complete PC on the mug.