Posted in Dock,iPhone Accessories,Shuffle,Speakers by Darrin Olson on June 26th, 2007 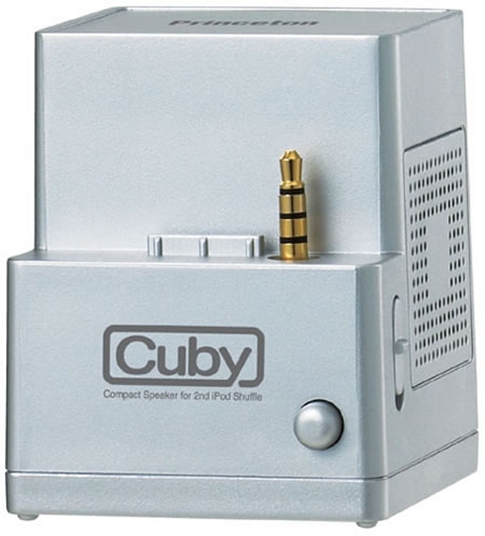 Measuring only 59mm tall and weighing 95 grams, a Japanese company has come up with a dock that can match the second generation iPod shuffle in its tiny-ness.

The Cuby dock will hold the iPod shuffle similar to how its standard dock connects through the headphone jack where it can charge the iPod sync up files via a USB connection. The dock also has two tiny speakers putting out 0.5 watts. The Cuby from Princeton will retail for around $33 in Japan and is expected to be available sometime in July. 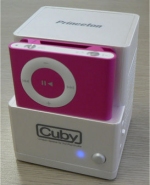