Posted in iTunes by Conner Flynn on December 22nd, 2010 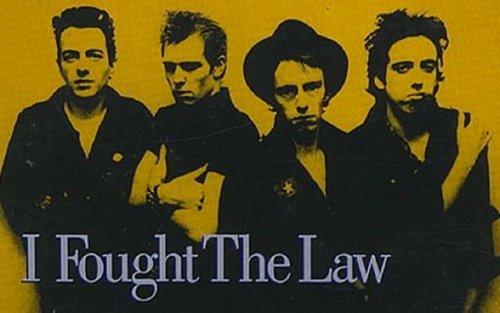 Credit card fraud is always going on somewhere and the latest example is a UK teen who recently got caught using stolen credit cards to purchase about $750,000 worth of music. His own music that he and his band offered on Amazon and the iTunes music store between January 2008 and June 2009. By doing so, he earned himself some nice royalty fees. Not that this will help him when he is behind bars.

The group allegedly downloaded the songs 6,000 times during that period. Crime doesn’t pay kids. And if you have to buy your own music to make it sell, maybe you should get a new gig. 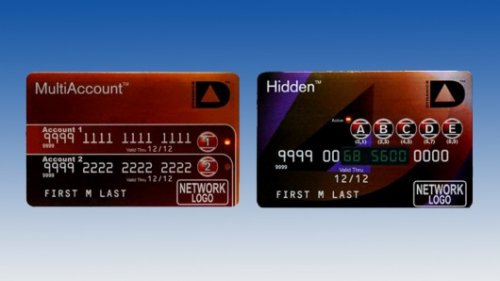 This credit card will help keep your wallet thin. It can turn several credit cards and debit cards into one. This new technology is from Dynamics Inc. in Pennsylvania. It’s a single credit card that hides your account number and allows access to multiple cards, all at the same time.

It is called Card 2.0 and can be used in various applications since it features the world’s first fully card-programmable ‘Electronic Stripe’ in place of the usual magnetic stripe. It’s thin, flexible and durable and it’s battery charge lasts for three years. Sounds great. 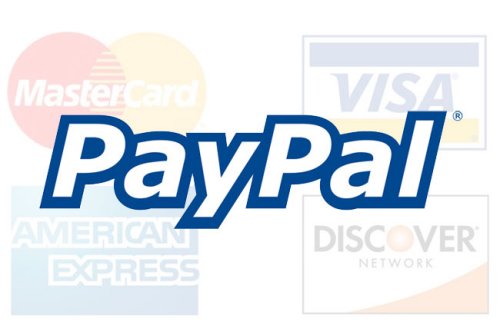 PayPal is already the king of digital money transactions on the Internet and now it is looking to broaden its market by taking on the credit card merchants in stores. In an interview with the Wall Street Journal Paypal president Scott Thompson called the initiative a “top priority” and said “The tide is coming in and we will take advantage of that,”

With its 220 million active users PayPal is now looking to remove cards and the middle man completely and create a payment gateway that powers the point-of-sale itself. 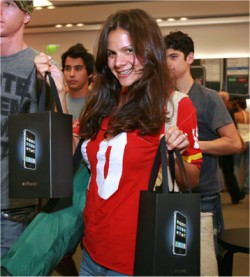 Apple started placing new restrictions on the sale of its iPhones last week in the U.S. and reports are saying that the restriction will apply in the U.K for next months launch as well. When purchasing an iPhone, consumers are no limited to purchasing two per person and must use a credit or debit card to make the purchase. According Apple spokesperson Natalie Kerris, the restrictions are to ensure there are enough iPhones available for everyone through the holidays, or everyone that’s willing to play by the rules, that is.

“Customer response to the iPhone has been off the charts, and limiting iPhone sales to two per customer helps us ensure that there are enough iPhones for people who are shopping for themselves or buying a gift,” Kerris said. “We’re requiring a credit or debit card for payment to discourage unauthorized resellers.”