Posted in Processors by Shane McGlaun on September 9th, 2010 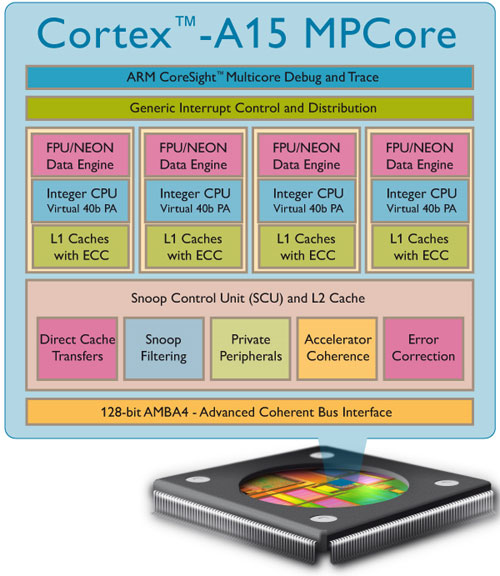 ARM has been making processors for smartphones and all manner of other gadgets and hardware for a long time. ARM has now announced its next processor that will find its way into smartphones, home entertainment devices, and wireless infrastructure devices called the Cortex-A15. 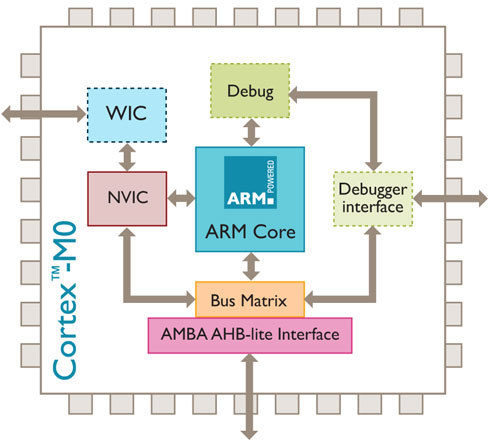 Intel typically holds the majority of the CPU market no matter what segment it is in. However, when it comes to processors for the mobile phone market ARM is tops. ARM processors are in most smartphones and other high-end devices.

ARM announced a new processor today called the ARM Cortex-M0 processor that is being called its smallest, lowest power, and energy efficient processor available. The processor has a low gate count but still delivers 32-bit performance.