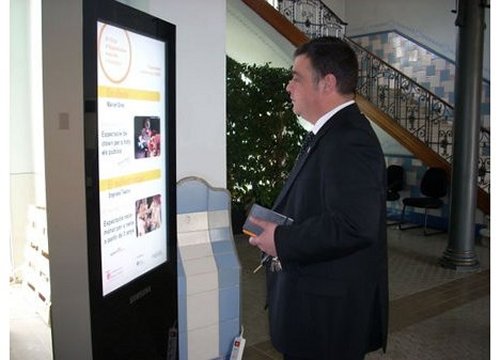 Samsung Korea has just launched its latest outdoor display for commercial use: the 460DRn. The 46″ display will come with a brightness level of 1,500cd/m2 and has touchscreen support built-in for greater interactivity with customers.

That’s not all, the 460DRn also has an integrated computer under the hood, so you can run your programs without needing another PC. The all-in-one display is water, dust and moisture proof, hence the “for outdoor use” tag. Don’t expect it to be vandalism proof however. Just tell yourself it looks good in graffiti. 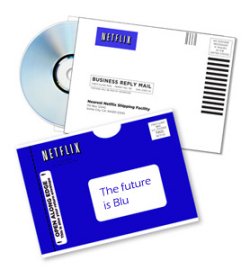 You can’t have a good format war without some fallout. With the fall of HD-DVD, the question has been raised regarding Netflix’s ability to sustain its subscribers and demands for the Blu-Ray Format. Netflix said today that its subscriber count will be 3% higher than forecast because of price increases from Blockbuster and cheaper online advertising rates. Of course, the raise in price led to a loss of thousands of subscribers for Blockbuster, many of them switching or even returning to Netflix. 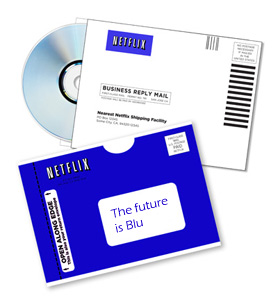 Here’s another huge blow that the struggling HD-DVD format did not need. Netflix, the online and mail video rental giant will follow its rival Blockbuster’s footsteps and carry Blu-Ray exclusively. With endorsement to The future is Blu campaign, the company will now only buy Blu-Ray discs going forward and will phase out their stock of HD-DVD by the end of the year.

“We’re now at the point where the industry can pursue the migration to a single format, bring clarity to the consumer and accelerate the adoption of high-def.”, said a company spokesman. Netflix stated that they expect all studios to begin to publish movies on the Blu-ray format. With Netflix’s over seven million subscribers, I think it’s fair to say that this is a killing blow in the format war, whether the effects are immediate or forthcoming.