Posted in Mobile Phones by Conner Flynn on October 19th, 2010 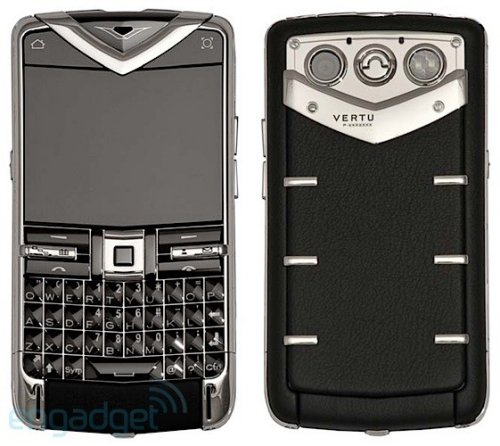 Vertu’s QWERTY keyboard Constellation Quest has just gotten a thumbs up from the FCC. There are the usual pictures, but there’s also a detailed manual that shows the phone to be running a heavily skinned version of Symbian.

Some other specs include HSDPA data and WiFi, and Vertu is even packing it with a 32GB microSD card. We don’t have all of the details however, like when it will hit stores and how outrageously priced it will be. But at least luxury handset enthusiasts have something new to swoon over.