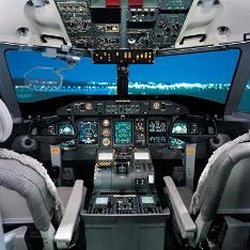 The iPad truly is being used everywhere. Now the Federal Aviation Administration has granted early approval to use them in airplane cockpits, as major commercial airline companies including Delta want to do away with paper maps.

It’s a great idea, but maybe they could have one or two paper maps still. Just in case. The FAA has also started to grant approval for “electronic flight bags,” alternatively known as computers for aviation use in the last decade. Let’s hope the pilots don’t get too distracted playing Angry Birds or watching movies.