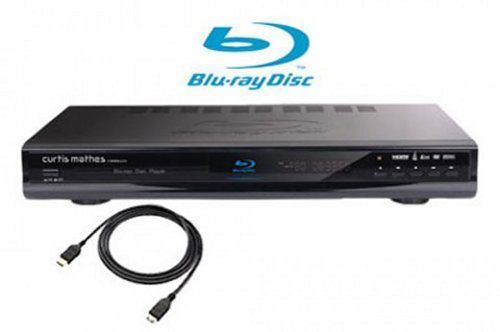 We told you back in April that Blu-ray players for $99 would be hitting this year. Here’s the first. The latest Curtis Mathes offering, the CMMBX130. Offered by Meijer, this new Blu-ray player can play 1080p Blu-ray discs and will even upscale regular DVDs. Outputs include an optical digital audio, composite and HDMI 1.3.

Some other specs include a 24-bit 192kHz audio converter, a BroadCom 7440 processor and an 11-bit 108MHz digital-to-analog convertor. It also features an Ethernet jack for downloading firmware updates.