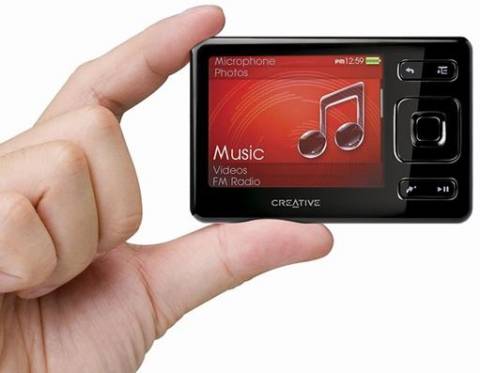 Much like car manufacturer’s claims about MPG, you aren’t going to get all the hard drive space that’s advertised on your devices, but it’s an issue that may haunt Creative at the moment. A class-action suit was filed against the company regarding the quoted capacity of their hard-drive based media players. It could potentially result in a huge settlement for anybody who bought a device between May 5th 2001 and April 30th 2008. Of course, Creative isn’t admitting any wrong-doing.

The suit alleges that Creative knowingly misled users by promising 7-percent more capacity from their PMPs than was actually even possible, and that they exaggerated the number of songs and the total length of playback in hours. Nothing has hit court yet, but if customers can prove they bought a Creative hard-drive based player in the seven year period, will be eligible for either a 50-percent discount on the price of a new 1GB PMP, or 20-percent off a single item bought from Creative’s US online store.