Posted in Automotive by Conner Flynn on May 19th, 2009 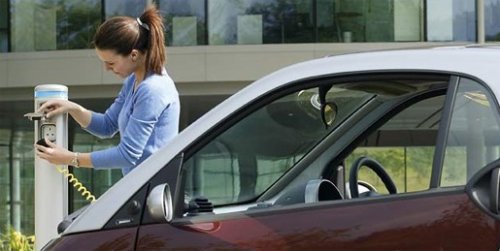 Electric vehicles aren’t exactly everywhere, but that’s not stopping Elektromotive from positioning themselves for future profits. The firm has just unveiled the first-ever billable charge station for EVs. It’s a three phase chargepoint that can supply up to 32 amps at 240V.

The station is called the Elektrobay and is equipped with a 2-way GSM service called EBConnect, which lets users with specialized key fobs and the like just wave their key, get a charge and be invoiced later. The new billing system will be installed in all 160 Elektrobay units in the UK.