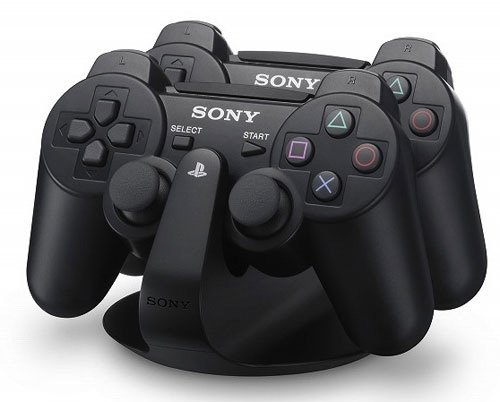 Sony has unveiled a new addition to its PS3 accessories. The DualShock 3 Charging Station will charge up two DualShock 3 or Sixaxis controllers without having to plug into an actively running PS3. There’s no word from Sony on how quick the controllers charge, but cradling the gamepads needs an adapter for each gamepad. There’s one included in the box.

There’s also a new candy blue color version of the DualShock 3. Both will ship to Japan on April 21 for about $30 and $67. We don’t know if that new DualShock 3 will arrive in the US, but most PS3 accessories ship to the US after they hit Japan.