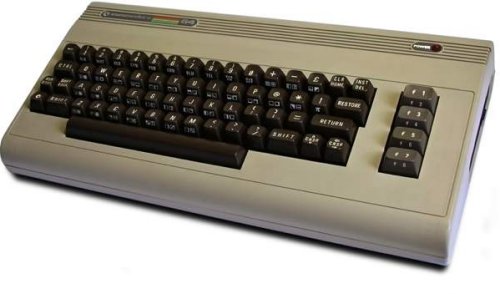 Commodore has announced that it is almost finished with its first wave of production for the remake of the C64. The now dual-core Atom PC will ship next week. A Barebones version is $250, while a complete Basic version starts at $595 with a 1.8GHz Atom, NVIDIA Ion graphics, 2GB of RAM, a 160GB hard drive and no optical drive.

For the serious buyer, the $895 ultimate model has a Blu-ray drive, 4GB of RAM, a 1TB hard drive and Wi-Fi. Each model has multi-format card reading and modern video out and expansion. Ubuntu Linux 10.10 as well. Not long after launch you can get a copy of Commodore OS which mimics the original C64’s environment and software support. 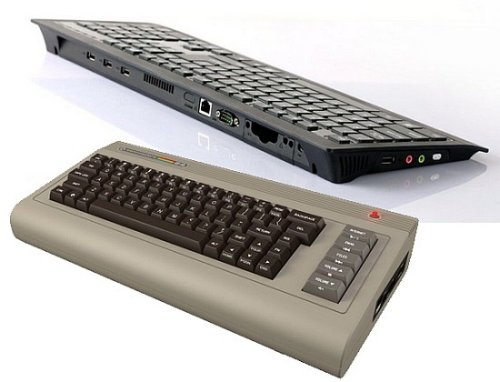 I remember typing away on the Commodore 64 all those years ago. If you have fond memories as well, Commodore USA has a new Commodore 64 prototype. The basic version is $595 with an 1.8GHz dual-core Intel Atom D525 chip, NVIDIA ION 2 graphics, 2GB of RAM and a 160GB hard drive.

Delivery is scheduled for “early June” and you can add features like an additional 2GB of memory, a Blu-Ray drive, up to 1TB of storage, 802.11 b/g/n WiFi and Bluetooth. Who would have thought that we would be using a C64 in 2011? 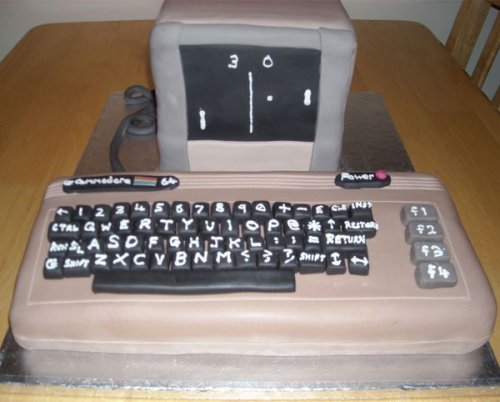 It’s been a while since we’ve seen an awesome geek cake as retro-liscous as this one. A genuine Commodore 64 Cake. It was made in honor of some guy’s 30th birthday.

It has some super nice detail work on the frosting, like all of that keyboard lettering. Even a power cord. Though I don’t remember Pong being available for the C64. It sure looks tasty. This guys wife, who made the cake, is a real special woman and if things don’t work out for them she can make me a cake anyday.