Posted in News by Conner Flynn on February 6th, 2008 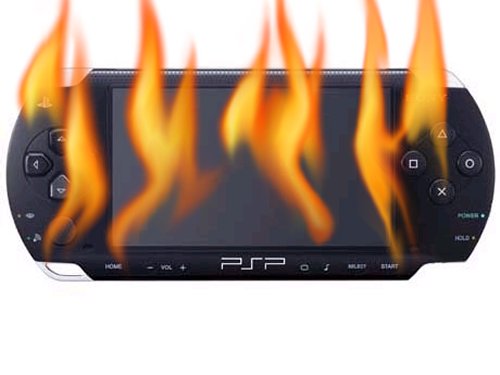 A 12 year old Michigan Middle School student had his PSP in his pocket during band practice, when the battery overheated, burning a hole in his pants and sending him to the hospital with leg burns. It seems that in this particular school, students are allowed to have the systems with them as long as they don’t play them during school hours. A policy which I am sure will change after such a close brush with what could have been a case of char broiled genitals.

Sony has been quiet so far regarding the incident. No word on whether the kid was using a third party battery inside the system or not. Much to the kid’s dismay, after being treated he was back in school later in the afternoon.