Posted in Mobile Phones by Conner Flynn on July 20th, 2009 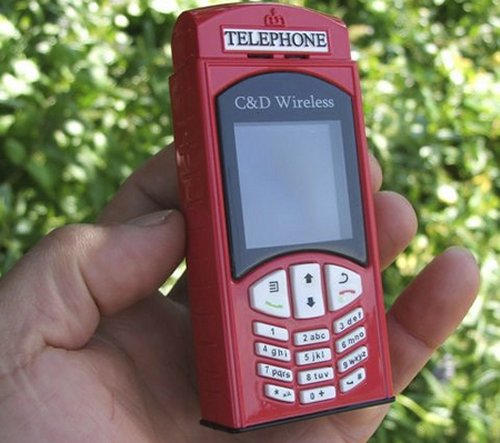 Bad teeth and Monty Python aside, nothing says British like a red phone box. The phone itself is fully functional and comes with a 65K color TFT screen, a camera, SMS, MMS and GPRS/WAP 2.0. Sure, those specs aren’t great, but it’s a red British phone box. What did you expect?

We really would have preferred a blue version. At least that way, it would be very Doctor Who. They really missed out on that idea. It could have all of the geeky sounds and everything. Oh well. You will get some early 00’s polyphonic style ringtones. 20 to be exact. Stuff like God Save the Queen and other British tunes.