It’s official, Borders, the second largest bookstore chain the U.S., has filed for bankruptcy. The company will continue to operate while it restructures, but it will be just a shadow of it’s former self. It has to close around 200 of its stores, about 30 percent. After that, it might need to close another 75.

Though the company hasn’t produced its own e-book reader, it has partnered with Kobo to sell its device, and it has established its own e-book store that is used by various e-reader apps for smartphones and tablets. We don’t know yet if the bankruptcy will affect those or not. 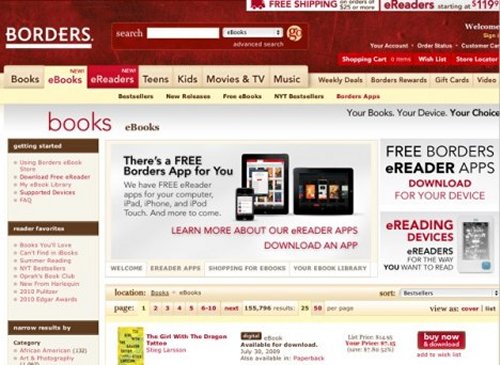 Here’s yet another choice of eBook store for you to use. Borders has launched its own Kobo-powered eBook store. The bookstore should offer pretty much the same selection as the existing Kobobooks site, though Borders might throw in some special pricing and promotions.

Borders will also be launching its own versions of the Kobo eBook app, which will be available for the iPhone, BlackBerry and Android. Amazon and Barnes & Noble pretty much own the eBook market, with Borders currently targeting a 17 percent market share. 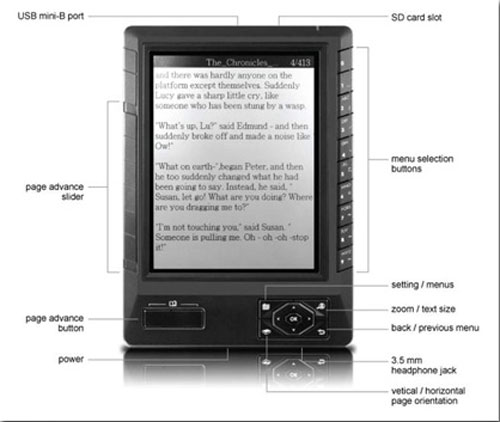 We heard about the Libre eReader from Aluratek back in late 2009. The device was one of the lower priced eReaders out there at $179 when we first caught wind of the device. Borders has announced that it will now be selling the Libre.

Pre-orders are being taken now for a black version of the Libre at $119.99, making it $60 less than the original price. Other than lower rice and the black hue, the Libre is the same. It uses a 5-inch monochrome reflective light LCD. 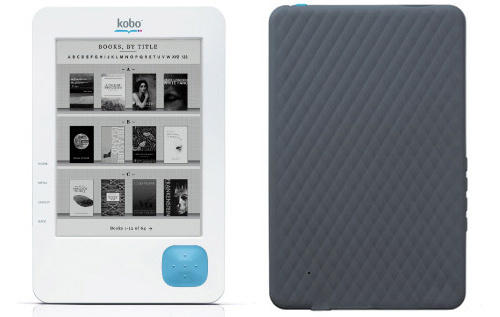 Kobo has unveiled their own eBook reader and it looks like a good affordable option for those who don’t want to buy a Kindle or Nook. The Kobo eReader lacks 3G, but there is a lot to like here. Just look at that quilted, vinyl back and you can skin the face with a cloth or leather facade. Most of the buttons are on the side because you have a blue navigational pad in front. It comes equipped with 1GB of storage, but will handle a 4GB SD card.

The device supports EPUB or PDF transfered over USB, and you can sync via Bluetooth across devices loaded with Kobo’s app. This one should be pretty popular.

Most of the large bookstores have very common offerings when you go inside. There is usually a snack bar with expensive coffee and free Wi-Fi to lure you into spending time inside the store. Barnes & Noble and AT&T do this with their free Wi-Fi offering.

Borders and Verizon announced today that they were teaming up to offer free in-store Wi-Fi to customers. The offering will have a custom splash page when people log on that will offer info on new books and specials.