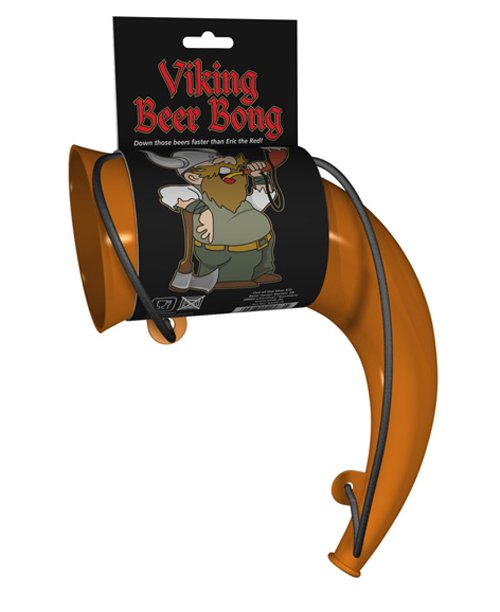 Drink to your Viking Gods and celebrate life with this Viking Horn Beer Bong. Praise Odin as you take beer in through the horn and pass vomit out as you burn and pillage your liver.

It has multiple uses too. Are you one of those 70 year olds that still loves to party? Drink up then hold it to your ear so you can hear all the goings on around you. This product is begging to be endorsed by Flavor Flav and marketed with a Viking helmet. 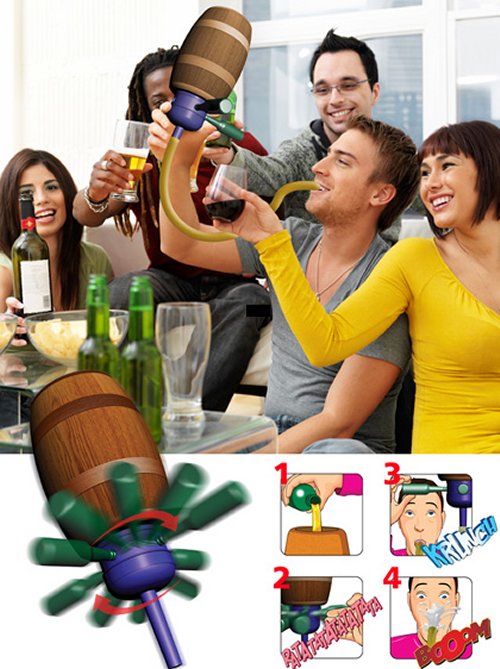 The Russian Roulette Beer Bong turns drinking into a game of chance. Where the Alcohol Shot Gun holds just one ounce, this wheel/barrel thing holds 2 liters. I say combine the two for a Dirty Harry type spin the bottle game.

Just spin the roulette wheel and pull out a bottle. If you are the unlucky one, you’ll have to chug 2 liters of beer. The others are free to laugh until it’s their turn. All of your collective puke should make the bottle spin pretty wildly. Or it might just appear to be spinning faster from your position on the floor. 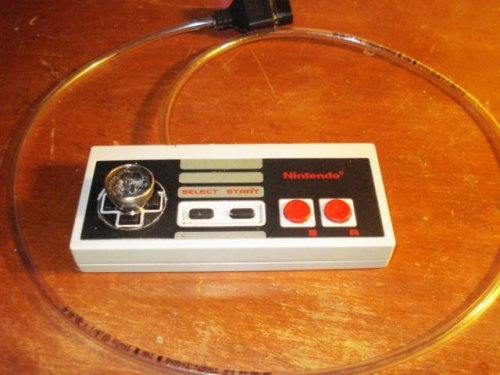 I don’t think you’ll find this controller at your local Gamestop. Aside from being several years out of date, it’s also a bong/pipe. Which makes sense. I mean, what magical land has mushrooms that can make you bigger and spit fireballs, ride a green dinosaur named Yoshi and warp travel through pipes, all while collecting coins so that you can presumably earn enough to fill up your homemade modded bong again?

Now, I question whether the game ever existed in the first place. It may have all been illusion. Some guy spent an entire weekend putting this together and claims it doesn’t work.