Posted in Calculators by Conner Flynn on July 12th, 2009 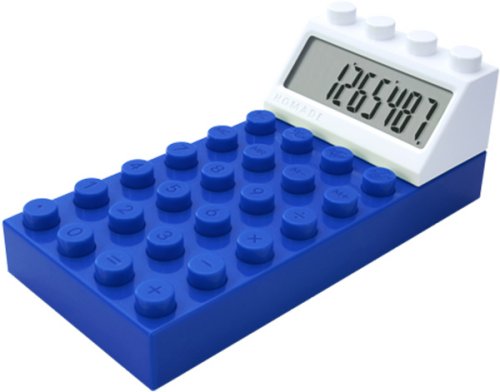 Calculators come in all shapes and sizes these days. One of the geekiest and neatest may just be this Lego calculator. It could help you count all of the Lego pieces that you have stored in that dumpster next to the garage or count how many bricks it will take to make a cool statue.

This one comes in four colors, red, blue, green and black. Not sure if you can actually connect your Lego pieces to this though and get creative. The building block calculator will be available in August, but you can pre-order it now for $27. 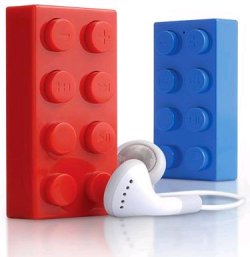 Here at the Brick we’ve reported on our share of MP3 players, but these plastic and unofficial Lego-like bricks are one of the coolest/lamest, depending on your perspective. Of course we’re partial to all things brick. The controls are concealed as the raised bumps, and they sport a six-hour Li-ion battery. However, you do need your own microSD card for storage.

The players come in the same primary colors that you are used to seeing with Lego blocks, and just like the real thing they are made mostly from plastic. You can get one for $46, but don’t expect to build anything. I’m guessing that if you want a cheaper version, you’ll have to hold out for the crappy Duplo version, which you’ll want to hide in order to avoid ridicule.