Posted in BlackBerry by Conner Flynn on September 15th, 2010 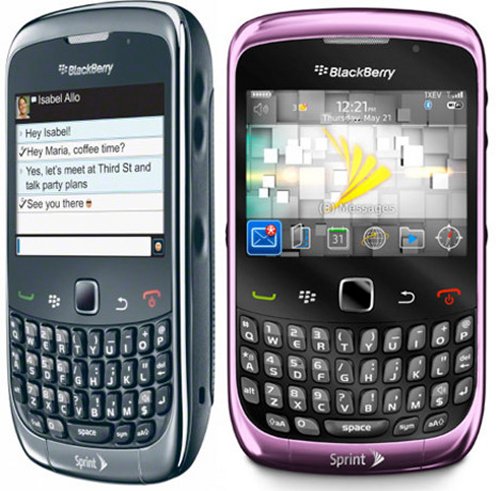 Only a day after Verizon Wireless released the BlackBerry Curve 3G, Sprint is rolling out the same 9330 model and giving subscribers more options. The BlackBerry Curve 3G will be available on September 26th and can be picked up via Sprint’s direct ship sales channels for $49.99 with a new two-year contract.

The BlackBerry Curve 3G comes with 512MB of flash memory, a microSDHC memory card slot for expansion, is BlackBerry 6 ready and comes in your choice of Graphite Gray or Royal Purple chrome-like finishes. The digital camera is just 2-megapixels and of course there’s the full QWERTY keyboard.