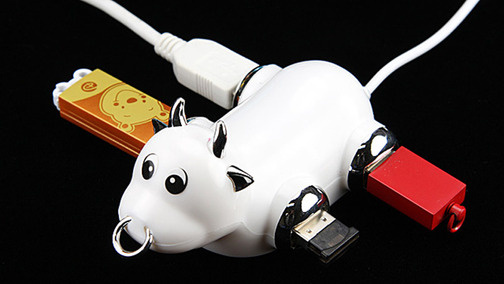 What the #%$$@ was the manufacturer thinking? There is no scenario in which this USB hub is even remotely normal on your desk. I guess if you like to torture cows by sticking flash drives in them, you might take a shine to it, but mostly it’s just wrong.

I guess it could have been worse. The cow could be standing and have a bunch of flash drives as udders. Maybe you have to coax them in so it looks like you’re milking the beast. Damn. I think I just gave them another idea. Seriously old Bessie here looks like she’s begging for a bullet to put her out of her misery. Poor thing. 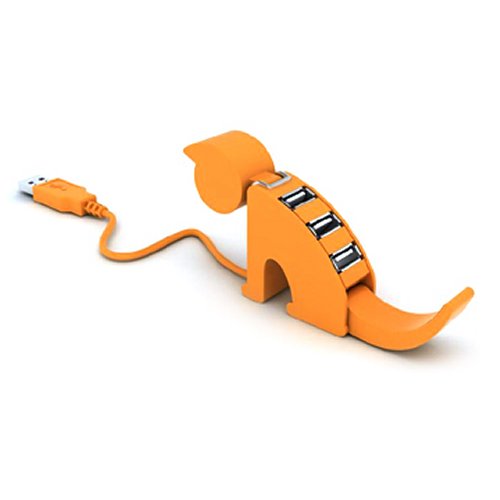 This is just what you need for Christmas. A cat USB hub. It will charge up your gadgets with precious kitty spinal fluid. And if you don’t want to perform a USB spinal tap, there’s another port in it’s mouth.

It will spend it’s 9 lives on your desk with it’s head down in shame as you shamelessly suck it’s meow meow power. You can get it wholesale. Your real cat will not be amused.