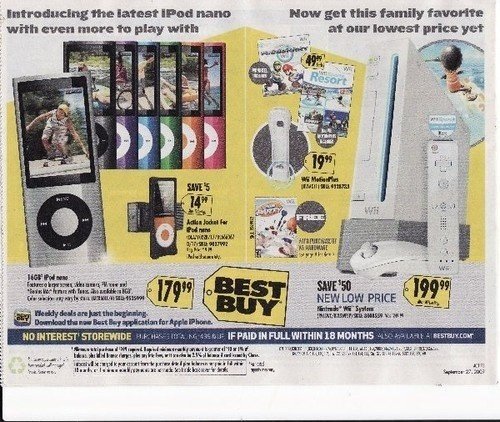 Last week it was a Toys R Us ad showing the Wii for a Wii-diculous $199. Now a Best Buy ad showing off the same price has surfaced. It could be phoshopped, we’ll just have to wait and see.

But given the recent drop in demand for the system, along with the fact that the PS3 and Xbox have both had price cuts, it seems like we are glimpsing the not so distant future. What’s $50 to Nintendo? They’re making a ton of money on Wiimotes alone.