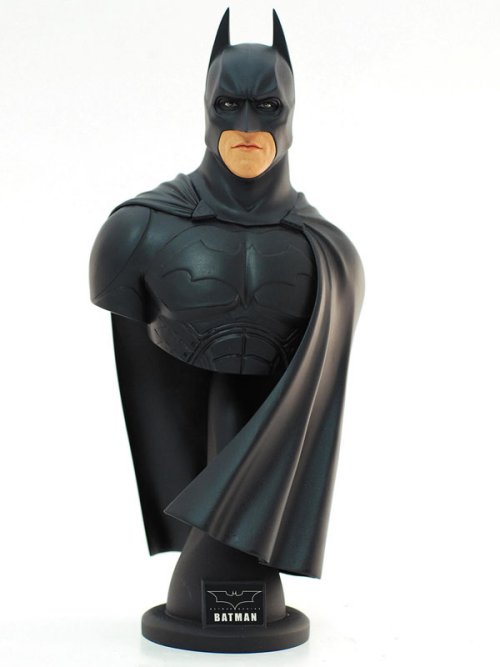 For those of you who like Super hero statues sawed off at the waist or higher, this deal in Japan may be for you. If you’re in Japan. And a geek. On July 23, Japanese folks will get their chance to own Batman Begins on Blu-ray.

That’s about two weeks after release in the U.S. Our gift set edition comes with story boards, script pages and a $7.50 movie credit towards Dark Knight, but in Japan they will get a 25 cm tall bust. Which begs the question, why are we always getting left out on all the cool stuff? What’s the deal with that? The standard Blu-Ray will be around $47, the gift set edition is about $180.