Posted in Nintendo DS by Darrin Olson on February 23rd, 2008 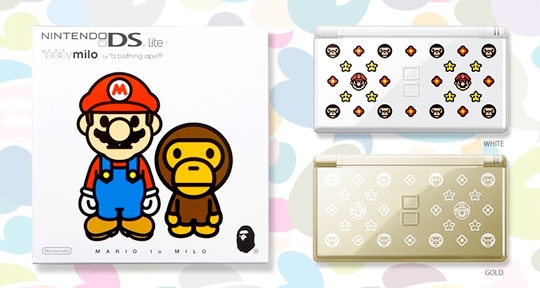 Well, nobody can say there is a shortage of designs for the Nintendo DS and it looks like there is another, coming to the folks in Japan anyway, featuring some of the Bape Milo characters on the cover. In fact two new models featuring the characters are expected to be released on April 1 in Japan, one in white and one in gold, both riddled with pictures of the characters. We’ll have to add this to some of our favorite including the bright yellow Pikachu DS and the Zelda DS, but not so much this bedazzled design.